While dismissing the plea, the bench said pending petitions of the convicts in various fora is untenable in law as a ground to stay the execution. 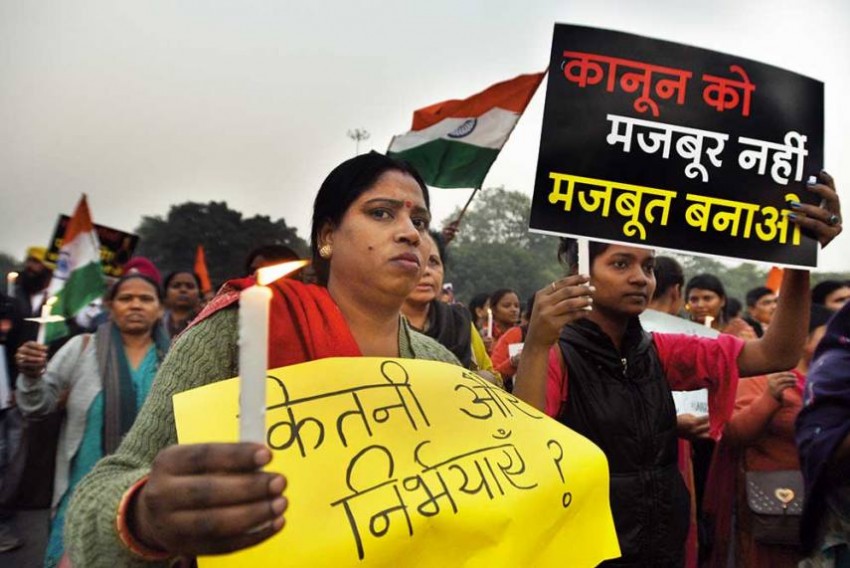 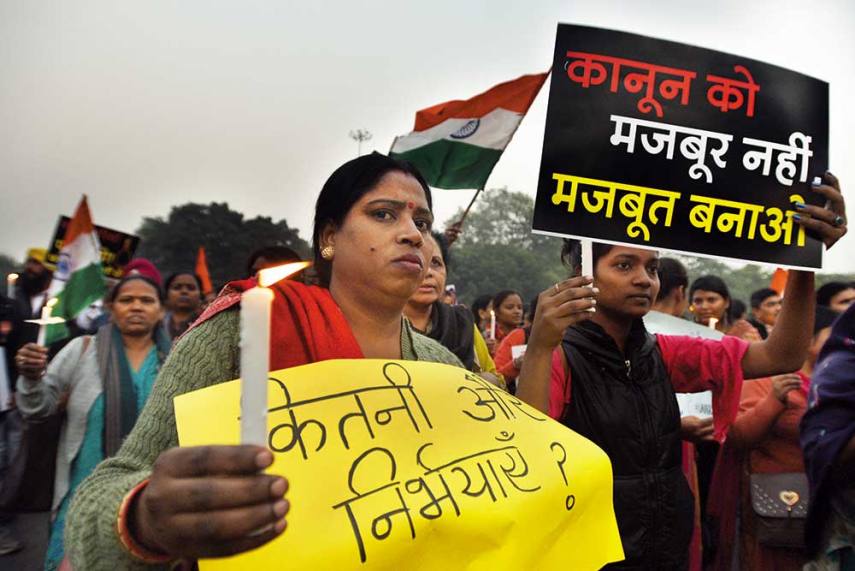 The four death-row convicts in the Nirbhaya gangrape and murder case are set to be hanged early Friday morning with the Delhi High Court clearing the decks for their execution by dismissing their plea seeking a stay on it.

In a hearing, which went post-midnight, a bench comprising justices Manmohan and Sanjeev Narula, refused to grant any relief to Akshay Kumar, Pawan Gupta and Vinay Sharma and rejected their petition, saying it was devoid of merits.

While dismissing the plea, the bench said pending petitions of the convicts in various fora is untenable in law as a ground to stay the execution.

The high court in its order also said the plea of juvenility of Pawan had been raised all the way up to the Supreme Court and was rejected each time and, therefore, it cannot be agitated in the present case.

Advocate A P Singh, counsel for the convicts, told media persons outside the court that "the system was against them".

"Execution of the four convicts had become a prestige issue," Singh said, adding "their execution will not end rapes".

The mother of the victim, Nirbhaya, welcomed the high court order.

Lawyers for Nirbhaya's parents said they believe the convicts would be moving the Supreme Court and they will remain stationed outside it till the hanging is confirmed.

During the late night hearing, the bench said delay in filing mercy plea by the convicts shows there is a conspiracy and that someone is playing with the system.

It also said there has been gross delay in filing mercy plea and requested the counsel appearing for the convicts to present a substantial legal point instead of wasting time.

The lawyer urged the court to defer hanging by 3-4 days so that he can address his case.

However, the bench said this is the fourth death warrant in the matter and there has already been "gross delay" on the part of the convicts.

"You have to make out a case for stay. We cannot grant stay of execution without you making out a good case for it. Such a casual approach by you.

"At 11'o clock we are saying please come to the point. You are not coming to the point," the bench said.

It further added that there was no foundation in the plea.

"There is very limited time now, so if you have a legal point come to it. Or you can carry on till the cows come home," the bench said and added that at 5.30 am the plea would become infructuous.

"We are very close to the time when your clients will meet God. Don't waste it," the bench said.

When hearing commenced, the bench said the petition on behalf of the three convicts lacked material particulars like affidavits and memo (list) of parties which are essential components of a plea.

The lawyer of the convicts claimed that the material particulars were missing due to paucity of time as he was running from trial court to the Supreme Court and then the high court.

To this, the bench said only in India courts are so accessible as the convicts have moved the trial court, the Supreme Court and the high court on the same day.

At the outset, the court said that the pendency of a divorce plea of convict Akshay Kumar Singh's wife was not relevant to stay his execution.

It also said that the Supreme Court has already held that the pending divorce plea was no longer relevant.

The bench added that the apex court's judgment confirming death sentence has attained finality and the court cannot sit and review over it.

"We cannot say death warrant cannot be implemented because divorce plea of Akshay's wife is pending," the bench said.

Three of the four death row convicts, Akshay, Pawan Gupta and Vinay Sharma moved the high court in the evening challenging the trial court order declining to stay their execution.

They, along with Mukesh Singh, are scheduled to be hanged at 5.30 am on Friday.

A 23-year-old physiotherapy intern, who came to be known as 'Nirbhaya' (fearless), was gang raped and savagely assaulted in a moving bus in south Delhi on December 16, 2012. She died after a fortnight.

Six people, including the four convicts and a juvenile, were named as accused. Ram Singh, the sixth accused, allegedly committed suicide in the Tihar Jail days after the trial began in the case.

The juvenile was released in 2015 after spending three years in a correctional home.