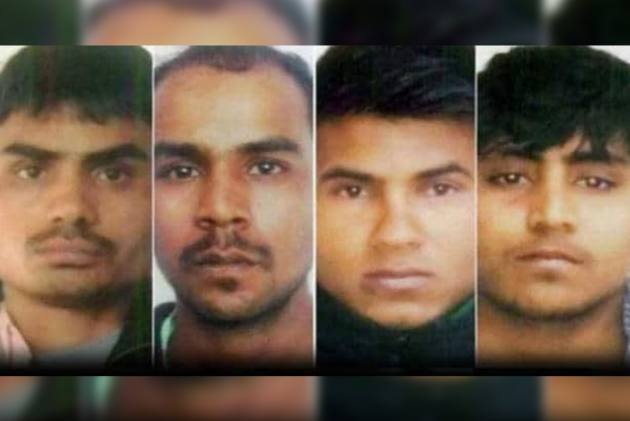 The four convicts in the 2012 Nirbhaya gang-rape case will be hanged on January 22 at 7 AM in Tihar Jail, a Delhi Court said on Tuesday.

The court also said that the four convicts can use their legal remedies within 14 days.

The order was pronounced by Additional Sessions Judge Satish Kumar Arora who issued death warrants against them.

"The order (on death warrant) will restore the faith of women in law," said Nirbhaya's mother, Asha Devi.

Earlier in the day, the prosecution had said there was no application pending before any court or the President right now by any of the convicts and the review petition of all the convicts was dismissed by the Supreme Court.

While urging the court to issue the death warrants, the prosecution said, "In between issuance and execution of death warrants of the convicts want to file curative petitions they can do so."

The counsel for two of the convicts — Mukesh and Vinay — said they were in process of filing the curative petition in the apex court.

A 23-year-old paramedical intern was beaten, raped and brutalised by five men and a juvenile on a bus on December 16, 2012 in the national capital. She died of internal wounds after being thrown out of the bus. The case inspired nationwide public protests and a demand for special measures on women’s safety.

The death of Nirbhaya—or fearless, as she reportedly fought back against her attackers—forced the government to set up two inquiry commissions to look at the treatment of women in India, amend rape laws and fast-track trial of such cases.