The women on the 17th annual Forbes Power List hail from 30 countries and were born across four generations. 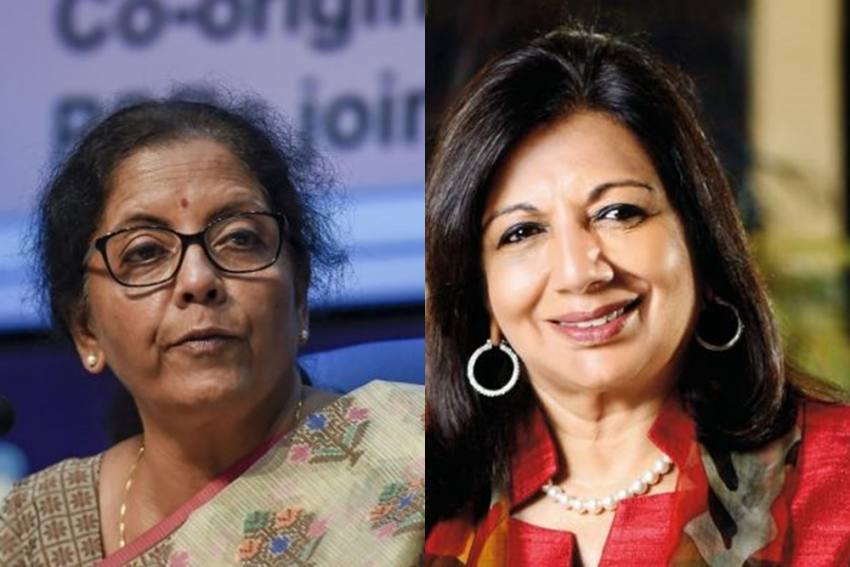 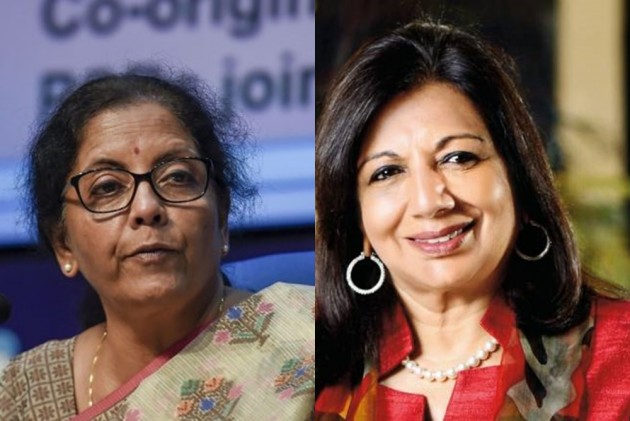 Finance Minister Nirmala Sitharaman, US Vice President-elect Kamala Harris, Biocon Founder Kiran Mazumdar-Shaw and HCL Enterprise CEO Roshni Nadar Malhotra have been named among the world's 100 most powerful women by Forbes, a list topped by German Chancellor Angela Merkel for the 10th year in a row.

The women on the 17th annual Forbes Power List hail from 30 countries and were born across four generations.

"There are 10 heads of state, 38 CEOs and five entertainers among them. But where they differ in age, nationality and job description, they are united in the ways they have been using their platforms to address the unique challenges of 2020,” Forbes said.

Sitharaman is ranked 41st on the list, Nadar Malhotra comes in at the 55th spot, Mazumdar-Shaw -- described as “India's richest self-made woman” -- is ranked 68th and chairwoman of Landmark Group Renuka Jagtiani is ranked 98th.

Merkel ranks No. 1 for the tenth year in a row. “Merkel remains the de facto leader of Europe, leading the region's largest economy after steering Germany through financial crisis and back to growth. Her leadership is marked by her steely reserve, from standing up to Donald Trump to allowing more than a million Syrian refugees into Germany,” Forbes said, adding: “the big question that the public is now asking is who and what will come after Merkel's time in office comes to an end.”

Harris, who became the first woman, first Black American and first Asian American to be elected vice president -- "an unprecedented trifecta of firsts for California Senator Harris", is ranked third on the list.

Harris's "rapid ascension in U.S. politics has also catapulted" her onto the Forbes list of the World’s 100 Most Powerful Women for the first time. European Central Bank chief Christine Lagarde is ranked second for the second straight year.

Several of this year's Power Women received "global plaudits" for their effective responses to Covid-19.

New Zealand Prime Minister Jacinda Ardern (No. 32) vanquished a first and second wave of the virus in her country by implementing strict lockdown and quarantine procedures.

Taiwan’s President Tsai Ing-wen (No. 37) implemented a rigorous contact-tracing program in January, as a result, to date, the island of 23 million people has lost only seven lives to the virus, Forbes said.

There are 17 newcomers on this year's list, illustrating that women are “leading all aspects of a society transformed by a global pandemic”.

CVS Health executive vice-president and incoming CEO Karen Lynch (No. 38) leads the pharmacy giant’s vast COVID-19 testing programme and, in 2021 will be responsible for its critical handling of coronavirus vaccines.