'NITI In Niti Aayog Stands For Not In Touch With India': Congress' Jairam Ramesh

Amitabh Kant, an IAS officer, had quoted a news report and tweeted, 'What slowdown? New auto entrants with exciting new models are cruising!' 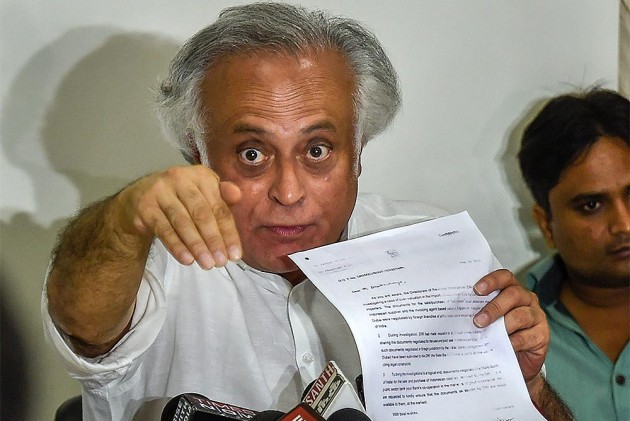 Congress leader Jairam Ramesh on Tuesday took a swipe at the Niti Aayog and dubbed it "Not in Touch with India" after its CEO Amitabh Kant questioned apprehensions about an economic slowdown.

Kant, an IAS officer, had quoted a news report and tweeted, "What slowdown? New auto entrants with exciting new models are cruising!"

Responding to it, Ramesh tweeted, "Ever wonder what NITI in Niti Aayog stands for? It's clearly 'Not In Touch with India'. 5 consecutive quarters of declining GDP growth and now this."

NITI Aayog, earlier known as the Planning Commission, is a government institution for policy planning and for catalysing economic development in the country.

The Congress has been attacking the government over the slowdown in GDP growth which has come down to 5 per cent for the quarter ending June 2019.