Nitin Gadkari Calls For Palm Oil Disclosure: What Does It Mean For Industry And Consumers?

The move, if implemented by Indian food regulator FSSAI, could empower Indian consumers and substantially impact the Indian oil industry. 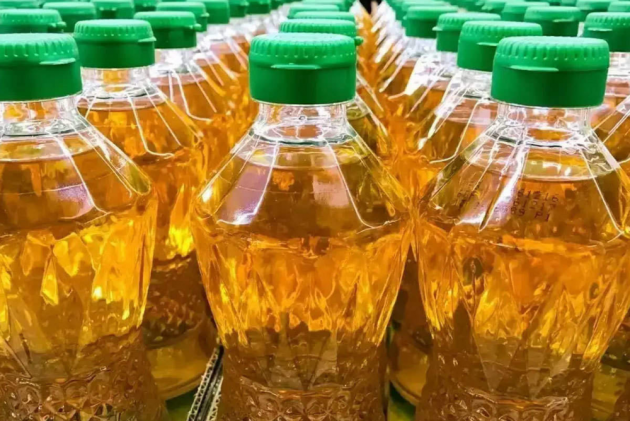 Union Minister Nitin Gadkari has urged consumers to raise concerns over mixing of palm oil with other edible oils, and to demand proper disclosure of such practices in “bold letters” on the packets.

The move, if implemented by Indian food regulator FSSAI, could empower Indian consumers and substantially impact the Indian oil industry. Rising health awareness amid the Covid-19 pandemic could act as a triggering factor.

India currently imports around 15 million tonnes of vegetable oils annually out of which 8-9 million tonnes account for palm oil. Palm oil is an edible oil extracted from the fruit of palm oil tree. It has high saturated fat, and health experts say that regular consumption increases cholesterol levels, impacting the heart, liver and lipid profile of the body, causing obesity.

In India, it is used to make eatable products such as bread, ice cream, and other processed foods, as it is trans-fat free, as well as some cosmetics such as makeup and soap.

In 2019, a Stanford University study suggested that increased palm oil consumption could exacerbate mortality from ischemic heart disease (IHD) and stroke, particularly in developing countries such as India, where it represents a major nutritional source of saturated fat.

Edible oil industry experts refused to comment stating that it’s just a statement and too preliminary to comment. “We are not aware of any such legislation or rule in the works so can’t say how it will impact (us). The oil industry is already making such disclosures on the oil packets about the ingredients and saturated and unsaturated fat content on packing,” said an oil manufacturer on the condition of anonymity, adding that the problem is with Indian consumer behaviour.

He elaborated, “Indian consumers have the habit of reusing the same cooking oil, reheating it again and again till it becomes as thick as tar. The need is to raise consumer awareness about use of cooking oil,” the manufacturer added.

Notably, the Indian government is also pushing for palm oil cultivation in a big way, raising health concerns among a section of the people. On August 9, Prime Minister Narendra Modi announced his commitment to make India ‘atmanirbhar’ (self-sufficient) in edible oils, by unveiling Rs 11,000 crore National Edible Oil Mission-Oil Palm (NMEO-OP). Under the mission, India plans to go for massive cultivation of palm oil in the Northeast and Andaman and Nicobar islands.

Housewife Smita Badhei says, “The oil packets don't mention the amount of palm oil mixing and keeps consumers like me in the dark. So if such disclosure comes, it will help us to make better health choices.” She added that she will certainly support such a disclosure.

With India’s vegetable oil consumption expected to grow by 3 per cent CAGR and to exceed 34m tonnes by 2030, as a base case from 23m tonnes in 2017, it would be worth watching if the government would empower the Indian industry or consumer.