Free corona vaccine in the state was promised by the BJP in its manifesto for the recent assembly elections which was released by Nirmala Sitharaman. 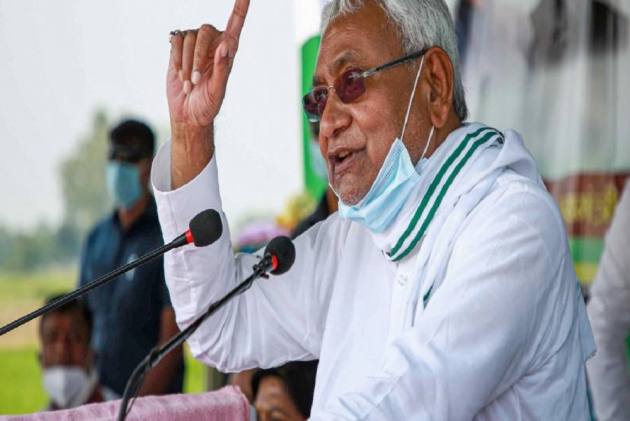 Inoculation of the entire population of Bihar for Covid-19 will be done free of cost upon the availability of the vaccine, the state cabinet resolved on Tuesday. The decision was taken at the first meeting of the cabinet chaired by Chief Minister Nitish Kumar since the allocation of portfolios last month.

The cabinet gave its go-ahead for implementation of "Saat Nishchay Part-2", the second part of seven resolves of the chief minister, elucidating his blueprint for governance taking off from the work completed in the previous tenure. Free corona vaccine is one of the many components of the seventh resolve "sabke liye atirikt swasthy suvidha" (better health amenities for all).

Notably, free corona vaccine in the state was also promised by the BJP in its manifesto for the recent assembly elections which was released here by Union Finance Minister Nirmala Sitharaman. The BJP is a partner in the ruling NDA in the state.

Other points covered under the seven resolves 2 include upgradation of educational institutions and economic empowerment of the youth through a slew of measures including the establishment of a separate department for skill development and setting up of "mega skill centres" and "tool rooms" across all 38 districts.

According to a statement issued by the government after the cabinet meeting, these measures are expected to create "20 lakh new jobs in government and private sectors". Social and economic empowerment of women, rural development with a focus on better waste management, increased use of solar energy and upgraded fisheries and animal husbandry besides urban rejuvenation are also covered under the seven resolves.

Urban rejuvenation has also been given due importance with the establishment of "stormwater drainage" proposed in all cities in towns so as to prevent massive waterlogging crises like the one experienced by the state capital a year ago.