In his four-page letter in Hindi, PM Modi also said that better infrastructure and rule of law are imperative for social and economic prosperity. 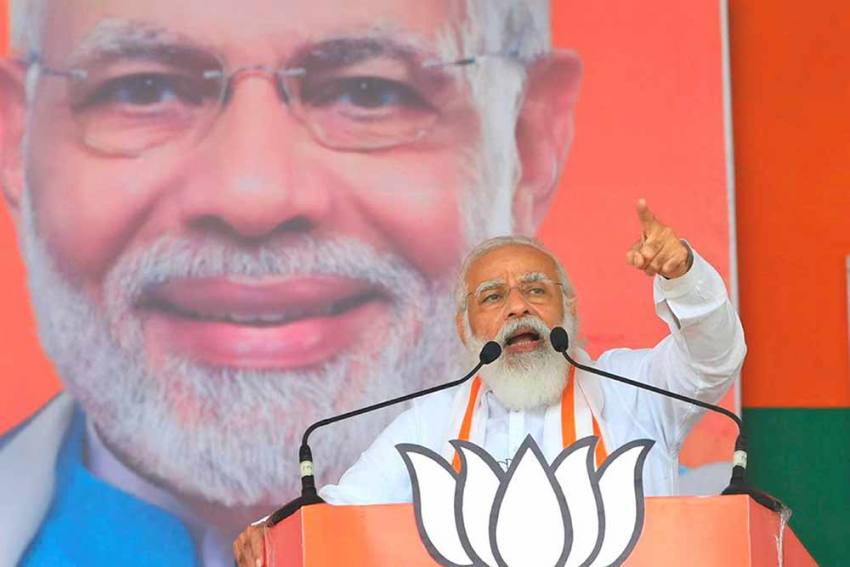 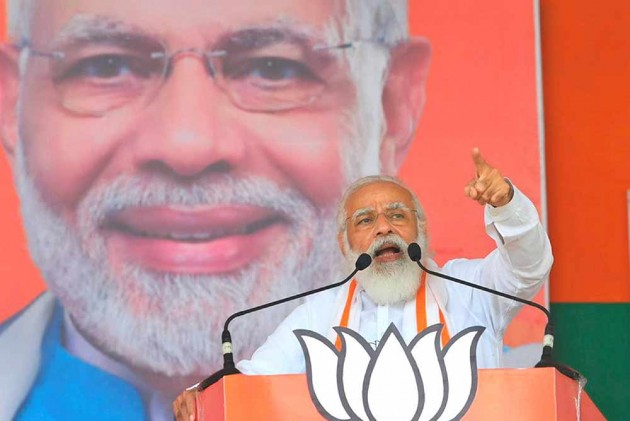 Asserting that reforms are impossible in an environment of mismanagement and anarchy, Prime Minister Narendra Modi on Thursday said he needs the Nitish Kumar government in Bihar to ensure that there is no paucity in the state's development and the welfare schemes continue there uninterrupted.

In an open letter to the people of Bihar ahead of the final phase of voting on Saturday, Modi said people have full faith that only the NDA government can work for the state's development.

"I am convinced about the development of Bihar. I need the Nitish Kumar government to ensure that there is no paucity in Bihar's development and the welfare schemes continue there uninterrupted," he said.

"I have full faith that the power of ''double engine'' will take Bihar to new heights of development in this decade," Modi said.

In his four-page letter in Hindi. the prime minister also said that better infrastructure and rule of law are imperative for social and economic prosperity and only NDA can provide that in Bihar.

NDA has done work in all sectors in Bihar -- electricity, water, roads, health, education and for law and order, he said.

Modi said it was a matter of pride that the focus in Bihar polls has been on development. He said that the NDA has presented its report card to people and also shared its vision for the future.

While the first two phases of voting for Bihar assembly elections have taken place, the final round will be held on November 7, followed by counting of votes for all 243 seats on November 10.

Modi has himself addressed a number of rallies in the state during the election campaign, seeking the return of Chief Minister Nitish Kumar-led NDA government in the state.