BJP To Decide Whether LJP Should Be Retained In NDA: Nitish Kumar

Date of swearing-in to be decided in meeting on Friday 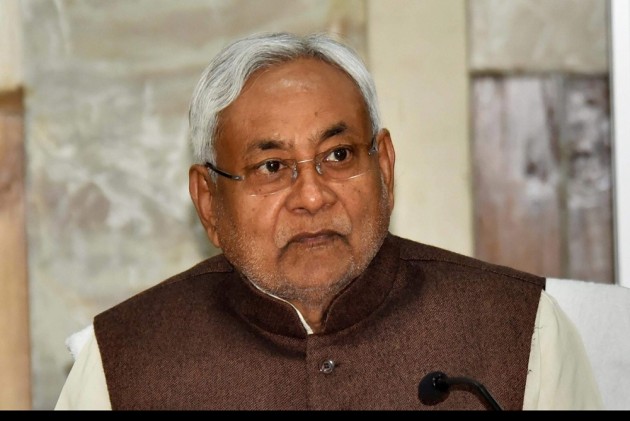 Bihar Chief Minister Nitish Kumar, whose JD(U) suffered a major slump in seats in the Assembly polls on account of the rebellion by Chirag Paswan, on Thursday said it is for the alliance spearhead BJP to take a call on whether to retain the LJP in the NDA.

Talking to reporters for the first time after the NDA's victory, Kumar, who is set for yet another term in office, said the date for his swearing-in ceremony will be discussed at an "informal" meeting of all the four NDA constituents on Friday.

"You make suggestions to this effect", Kumar replied laughingly when asked whether he would ask the BJP to drop the LJP from the NDA at the Centre in the wake of its brinkmanship that scuppered the chances of JD(U) candidates in several seats.

"In any case, it is for the BJP to decide. I have nothing to say in the matter," said Kumar, who is the national president of the JD(U).

The JD(U) has returned with a tally of 43 seats, down from 71 in 2015 when he contested the Assembly polls in alliance with the RJD and the Congress. In contrast, the BJP, which was
hitherto a junior alliance partner, won 74 seats.

The development will not put any hurdle in the way of Kumar's return as the chief minister but will likely alter the power equations between the two parties.

However, when asked whether he was apprehensive about being able to function as freely as earlier, Kumar replied in the negative.

"I have always been uncompromising on the three Cs -- crime, corruption and communalism. There is going to be no change. Not a single riot has taken place since I took over,"
he said.

"Janata maalik hai (the people are our lord). I have no personal feelings in these matters," he said about the election reverses.

About the possible date of swearing-in, he said leaders of all the four NDA constituents will likely to meet informally on Friday to discuss the issue.

"I will also need to tender my resignation before that for fresh oath-taking," he said.

He declined to comment on allegations by Opposition leaders, including RJD's Tejashwi Yadav, that the process of counting of votes was rigged to help the NDA which got a
slender majority and won by wafer-thin margins in several seats.

"What do I have to say in such matters," he replied dismissively.