The Bihar Assembly on Tuesday passed the Bihar Special Armed Police Bill 2021 amid protests by the Opposition leaders, who have termed the new law as ‘draconian’ 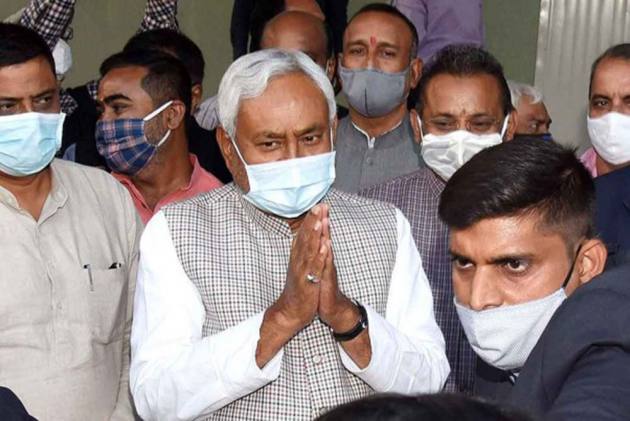 Even as the controversy over the “draconian” Bihar Special Armed Police Bill 2021 snowballed on Wednesday following unprecedented protests and clashes in and outside the Vidhan Sabha on Tuesday, Chief Minister Nitish Kumar appears to have a nagging suspicion that somebody from within the state home department or police administration might have played a role from behind the scenes in fanning the flames over the contents of the new law.

While speaking in the Assembly about the ruckus, which he claimed was something the likes of which he had never seen in his entire legislative career since he first became an MLA in 1985, Nitish said that he had held threadbare discussions with the DGP and Additional Chief Secretary (Home) for three hours and weighed the pros and cons of each and every aspect of the Bill to see if it had any issues or shortcomings, before it was introduced in the House. “I am surprised (over the protests over the bill). I have told my department about it as well. I had asked DGP and the Additional Chief secretary (Home), if somebody from within the department was spreading all the misinformation regarding the Bill” said the chief minister, who also holds the Home portfolio in the state.

Those Stripping Democracy In Bihar Have No Right To Call Themselves Govt: Rahul Gandhi

The Nitish government has met with fierce protests over the Bihar Special Armed Police Bill, 2021, with the Opposition accusing the government of bringing in the new law with an aim to introduce a “police raj” in the state. The Act, it alleges, will give unbridled powers to the police to carry out raids and arrest anybody without a warrant.

The Assembly witnessed pandemonium on Tuesday and the police had to be called into the House to evict the Opposition members who were trying to prevent the passage of what they called a “black law”.

The government, however, has trashed all the charges, saying there are adequate provisions to check the misuse of the Act. It also emphasises that the new Bill has been introduced to meet the requirements of security of vital installations like Darbhanga airports, Bodh Gaya temple metro rail, etc in the larger interest of Bihar, which now requires an armed police force with multi-domain expertise. “Such a force in any case already exists in many states,” the government further said.

With the enactment of the Act, the Bihar Military Police (BMP) - a wing of Bihar Police -- will now be known as Bihar Special Armed Police. Earlier, Bihar Military Police was governed by Bengal Military Police Act, 1892. According to the government, taking into consideration the role of BMP and its organisational structure over the years, it is necessary to maintain its separate identity as Special Armed Police, which will be deployed at strategic locations. “If anybody resorts to firing or commits any crime at strategic locations, will the police wait for the court order to arrest him?” Nitish asked.