Even PM Does Not Dare Call Me By My Name: Mamata Nephew

I have taken legal action whenever I was targeted, says Mamata's nephew Abhishek Banerjee 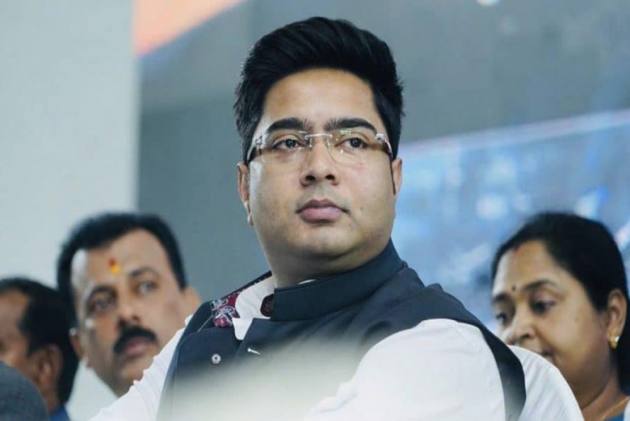 Trinamool Congress MP Abhishek Banerjee on Sunday said that no BJP leader, including Prime Minister Narendra Modi, is brave enough to call him (Banerjee) by his name and instead they use innuendos like "bhaipo" or "bhatija" (nephew) to level charges against him.

The Trinamool Youth Congress chief, who is the nephew of Chief Minister Mamata Banerjee, also claimed that he has taken rival party leaders to court whenever they targeted him.

"While attacking me all parties, including the BJP, Congress and CPI(M) address me as ‘bhaipo’. They do not call me by my name. Even the Prime Minister does not have the guts to do so, nor do other leaders of the BJP," the two-time Diamond Harbour MP said while addressing a public rally ahead of the Assembly elections due in April-May next year.

Claiming that the Prime Minister had said "bhatija ka batti gul hone wala hai" (the nephew is set to lose) during a BJP rally in Diamond Harbour before the 2019 Lok Sabha elections, Banerjee said leaders of the saffron party only addresses him as—"bhaipo” or “bhatija”.

"I have taken legal action whenever I was targeted," Banerjee said. The TMC leader had sent a defamation notice to Modi after the latter’s Diamond Harbour rally in 2019.

Banerjee further said that after leaving the TMC in 2017, Mukul Roy had made false accusations against him at a public meeting. "I took him to court and he was defeated in the legal battle that ensued," Banerjee added.

"BJP leaders like Dilip Ghosh, Rahul Sinha, Babul Supriyo, Kailash Vijayvargiya and even Amit Shah and Narendra Modi had on various occasions made accusations against me. I initiated legal action against them. That is why they no longer attack me directly and instead refer to me as ‘bhajpo’, Banerjee said.

The TMC leader also questioned the BJP top brass for not reaching out to the people of the state during the coronavirus-induced lockdown.

"If anyone stood by the people during the lockdown, it was Mamata Banerjee. From distributing masks and food items to spending days and nights at Nabanna (the state secretariat) during super cyclone Amphan, she always stood by the people," he said.

Banerjee also claimed that the prime minister had flown in for only 30 minutes to see the disaster caused by super cyclone Amphan and sent Rs 1,000 crore as assistance, while the Mamata Banerjee government has spent Rs 7,000 crore for rehabilitation purposes.