No ‘Border Quarantine’ Of Tourists, Home Isolation Must For Himachali Returnees

People coming from Delhi, UP, Gujarat, Karnataka, Rajasthan, Maharashtra and Punjab are advised to bring along with them their RT-PCR negative test reports. 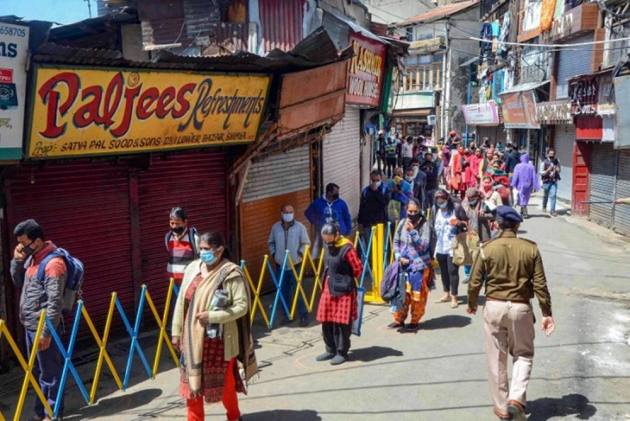 Himachal Pradesh Chief Minister Jai Ram Thakur on Wednesday made it clear that there will be no institutional quarantine of tourists at the borders.

No one will be stopped, harassed or detained at the entry points of the state to enforce RT-PCR negative test report for coming to Himachal Pradesh.

“Unlike the previous waves of the pandemic and lockdown last year, the state government has no plans to stop those coming to the state but they must carry RT-PCR negative test reports –- a mandatory requirement to be enforced by the hoteliers. Others, including Himachalis, returning to the state, will be required to follow self-isolation/home quarantine for a minimum of seven days as a precaution,” the chief minister said here.

Covid-19: These States Require A Negative RT-PCR Test For Entry

He said there are no restrictions on people (Himachalis) returning home from different states in view of a fresh spurt in cases. His only advice to them is that after reaching home, they should observe a self-quarantine before mixing with family members or others.

Thakur said right now people coming from high virus-load states — Delhi, UP, Gujarat, Karnataka, Rajasthan, Maharashtra and Punjab are advised to bring along with them their RT-PCR negative test reports.

The hoteliers have also been given SOPs to check the Covid reports and also inform the health authorities if anyone has symptoms of the virus.

“Since the virus is spreading very fast and fatality is high in the second wave, I appeal to everyone to strictly follow the SoPs and guidelines. We may soon include more states in the list of those from where the Covid test report will be mandatory,” he told Outlook.

Meanwhile, the state government took two major decisions as a precaution to check the spread of the infection.

The government decided to postpone the ongoing HP Board Examinations for class 10 and 12. Also, the undergraduate examinations starting on  April 17, 2021, have been postponed to May 17.

Secretary (education) Rajeev Sharma said the situation would be reviewed on May 1, 2021, and further directions would be issued accordingly.

“This was done keeping in view the sharp surge in a number of Covid-19 cases in the state and health concerns of students and parents,” he said.

In Una, the superintendent of police Arijit Sen Thakur imposed a complete ban on entry of the pilgrims coming in goods carriage vehicles like trucks.

He deployed the police force at the Mehatpur barrier – a main entry point for Una, Hamirpur, Bilaspur and Kangra for the pilgrims coming to famous temples and shrines of Jawalamukhi, Chintpurni, Brijeshwari Mata, Naina Devi and Chaumanda.

The police stopped hundreds of pilgrims travelling in the trucks packed with men, women and children – which provides a cheaper travel option but which poses a danger to themselves, that too in the time of Covid.