The Kashmir Valley on Friday came together to denounce terror attack at two New Zealand mosques that killed at least 49 people saying the brutality proved that there is no place terrorism cannot reach. 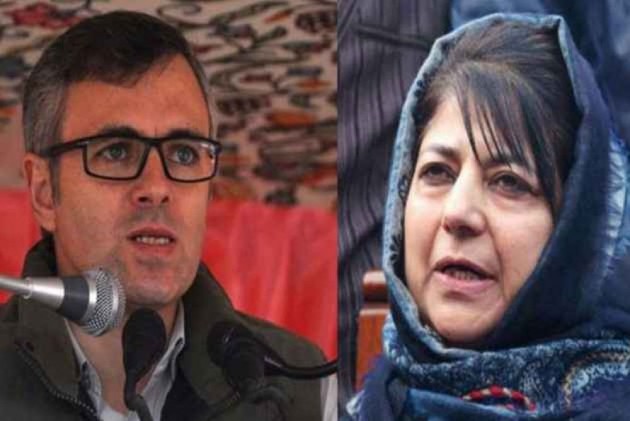 The Kashmir Valley on Friday came together to denounce terror attack at two New Zealand mosques that killed at least 49 people saying the brutality proved that there is no place terrorism cannot reach.

Across the political divide and on the street, Kashmiris voiced their disgust over the way gunmen said to be whites entered two mosques and opened indiscriminate fire, even filming the gruesome killings.

Senior separatist and religious leader Mirwaiz Umer Farooq, in his Friday sermon at the historic Jamia Masjid in Srinagar's old city, said that terrorism in whatever form had become the enemy of peace and human values.

Earlier, Mirwaiz Umer tweeted: "Shocked and deeply grieved by the barbaric attack at twin mosques in Christchurch. Once again humanity becomes a casualty."

Shocked and Deeply grieved by the barbaric attack at twin mosques in #Christchurch New Zealand. Multiple fatalities feared. Once again Humanity becomes a casualty . Condemnation beyond words.
prayers for the victims.

Former Chief Minister Omar Abdullah said: "Good to see most people are calling the New Zealand mosque firing what it is - a terror attack. No words of condemnation are strong enough and no words of sympathy for the families adequate enough."

Good to see most people are calling the #NewZealandMosqueFiring what it is - a terror attack. #NewZealandTerroristAttack. No words of condemnation are strong enough & no words of sympathy for the families adequate enough. May Allah grant them Jannat.

Admire how New Zealand PM conducted herself & addressed the media post #christchurchnz attacks. Clearly stating that there is no place for such terror attacks & that NZ is a home to all the migrant communities regardless of their religion. Respect for such leadership qualities.

Ardern said that there was no place for such terror attacks and that New Zealand was home to all migrant communities regardless of their religion.

"Respect for such leadership qualities," the PDP leader said.

Politicians and religious leaders apart, there is widespread shock and anger in the Valley against the terror attack on mosques in Christchurch.

"It is most shocking. Targeting Muslims and that too when they gather inside mosques to offer prayers is most condemnable. Only a beast can kill men and children with such bravado," said Tariq Ahmad, 27, who lives in Saidpora area of Srinagar.

Added bank officer Mudasir Ahmad, 32: "Carrying a video camera and changing magazines of his rifle as he goes on a shooting spree proves how much madness and hatred the killer carried in his heart. Death is no punishment for such a killer."

Thanks to news on televisions and social media, everyone -- shopkeepers, fruit sellers and even petty hawkers -- knew what had happened in New Zealand.

"Kashmir has also seen tragedies and it is therefore very easy for us to understand," said Abdul Hamid, 72, a retired school headmaster.

"No place is safe in the world unless all of us work together to fight the cancer of terrorism. A terrorist is nobody's friend. Killing the terrorist may not necessarily kill terrorism. We have to weed out the breeding grounds of terrorism.

"There are no borders that terrorism cannot cross. If developed countries believe terrorism is the disease of the less privileged countries, they are mistaken," he added.

Said Srinagar fruit seller Shabir Ahmad, 41: "Once the fires of violence are fanned, nobody can predict where they will stop."

Special prayers were held in many mosques in the Kashmir Valley for the people who lost their lives to the Christchurch madness.