Addressing a gathering of the Sikh community at the Governor's House in Lahore on Monday evening, Khan said both India and Pakistan are nuclear-armed countries and if tensions escalate, the world will face danger. 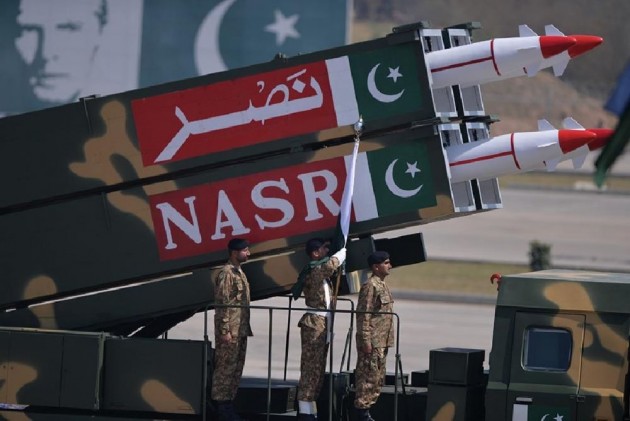 The foreign office of Pakistan has clarified there is no change in the country's nuclear policy, just hours after Prime Minister Imran Khan said they will never initiate a war against India. The two nations have often gotten involved in heated exchanges over the past several weeks after the Centre's decision to abrogate Article 370, which accorded special status to Jammu and Kashmir.

Addressing a gathering of the Sikh community at the Governor's House in Lahore on Monday evening, Khan said both India and Pakistan are nuclear-armed countries and if tensions escalate, the world will face danger.

"There will be no first from our side ever," he said, without explaining further.

However, Khan has been repeatedly threatening the possibility of a nuclear war with India over Kashmir after his efforts to internationalise the matter failed to gain any traction.

"I want to tell India that war is not a solution to any problem. The winner in war is also a loser. War gives birth to host of other issues," he said.

However, Pakistan Foreign Office said Khan's comments were being taken out of context and did not represent a change in Islamabad's nuclear policy.

"Prime Minister's comments on Pakistan's approach towards conflict between two nuclear-armed states are being taken out of context," Foreign Office spokesperson Mohammad Faisal said in a late-night tweet on Monday.

"While conflict should not take place between two nuclear states, there's no change in Pakistan's nuclear policy," he said.

In August, Defence Minister Rajnath Singh had said that India may see a major shift in its nuclear weapons doctrine by doing away with a 'no first use policy' in the future.

"Till today, our nuclear policy is 'No First Use'. What happens in future depends on the circumstances," he had said at an event in Rajasthan's Pokhran, the site of India's nuclear tests in 1998.

Tensions between India and Pakistan spiked after India abrogated provisions of Article 370 of the Constitution to revoke Jammu and Kashmir's special status and bifurcated it into two union territories.