Refugees who came from Pakistan to Rajasthan say that they are unable to get vaccinated against Covid because they don't have Aadhaar cards. 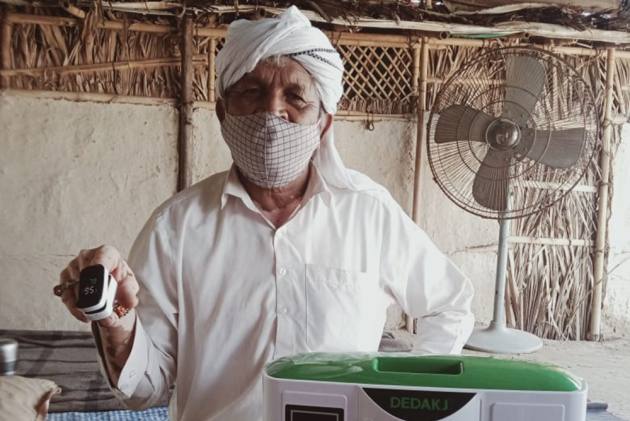 It has been 12 days since 37-year-old Hemji Koli lost his brother Amro Koli who was just six years older than him. As the family members mourn their loss, Hemji rues the fact that his brother couldn't get a vaccinated against Covid-19 in the Jodhpur district of Rajasthan just because they are refugees from Pakistan who have not yet been granted Indian citizenship.

“We could have saved him, had he received the vaccine shot. He visited the nearest vaccination centre twice but he was denied the vaccination as he couldn’t produce an Aadhaar card”, Koli, who lives in a Kacchha house at Anganva Basti in the Jodhpur district, a settlement of Pakistani refugees in Jodhpur, told Outlook.

In 2015, Hemji Koli, his brother along with their family members arrived in India from district Mirpur Khas in Sindh through the Wagah border.  Since then, they have been living in Jodhpur on a long-term visa and hold a Pakistani passport. The family members are still waiting to receive Indian citizenship.

Amro, a father of four kids who worked as a labourer had contracted Covid-19 on May 12, 2021. As per his family members as soon as his test results confirmed that he is Covid positive, his condition started deteriorating and he passed away. “We migrated to India to find a safe shelter but even after six years, we are treated as outsiders and second-grade citizens. For instance, for refugees like us there is no provision of vaccination, a lifesaving drug”, Hemji added.

Hemji is not alone. Out of the 250 households of Pakistani Hindu migrants currently living in Anganva Basti, none has received a jab. Most of them are Bhil tribals along with Koli community members. After a few deaths of Pakistani migrants due to Covid-19,  there is widespread fear in the settlements.

“We are living in constant fear especially after we lost our people to Covid-19. People of my age are included in the high-risk group. We fear to step out as we are not well equipped to tackle this pandemic with no vaccination. We have made repeated requests to get vaccinated in the last three months but no one cares for us”, Mirkhan , a 74-year-old Pakistani refugee living in the Aanganva settlement. 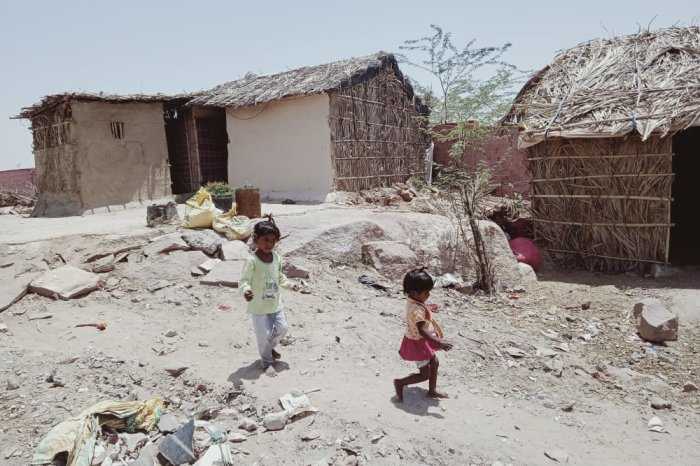 Children playing under the sun at Anganva Basti in the Jodhpur district, a settlement of Pakistani refugees in Jodhpur. Credits: Hemji Koli

In Rajasthan, after Jaipur, Jodhpur has the second-highest number of Covid cases. The district has so far witnessed 1, 10,598 cases and 1,039 deaths. It has around 5,500 active Covid positive cases, as per the daily health bulletin.

On May 13, the Seemant Lok Sangathan, which has been working for the rights of Pakistani Hindu migrants for more than three decades moved an application at Rajasthan High Court.

The Jodhpur bench of the Rajasthan high court will hear the case on May 27. The high court has formed a special double bench comprising of, Justice Vijay Bishnoi and Justice Rameshwar Vyas.

Hindu Singh Sodha, president of the Seemant Lok Sangathan told Outlook, “We have filed a petition demanding the right to vaccination and security of livelihood of Pakistani Hindu migrants during the second wave of the pandemic. Despite their registration and residential permit granted by the Foreigners’ Registration Office, Jodhpur, thousands of migrants are not allowed to take a jab, in absence of an Aadhar card. Only those who have received Indian citizenship have Aadhar card and the remaining ones have long term visa”.

Sodha has written a series of letters to Prime Minister Narendra Modi and Rajasthan Chief Minister Ashok Gehlot, demanding the intervention in the matter and assuring vaccination drive for the migrants. “In one of the guidelines of the central government on the vaccination, there is a provision for beggars, homeless, nomadic tribes etc who do not have an Aadhar card but there is no provision for refugees who have come to our country to seek safe shelter. The Rajasthan government should take a cue from the Delhi government and provide them with vaccination facility”.

Around 30,000 Pakistani Hindu migrants are living in the border districts of Rajasthan. As per Sodha, around 70 per cent do not have an Aadhar card which makes them ineligible for the vaccination as per the norms of the central government.

In the last two months, Seemant Lok Sangathan has been helping the refugees through awareness campaigns related to Covid and by the volunteering work which includes, supplying oxygen, helping in the admission in hospitals, distributing masks and medicines etc. "They are a marginalised community. Due to consistent lockdowns, their daily wages are getting affected. They already are vulnerable and the lockdown has brought down their socio-economic status. The central, as well as state governments, should think of an alternative to support them in the present situation", Sodha added.