The BJP will build 'sonar Bangla' (golden Bengal) over the next five years, said Amit Shah at a rally in Purba Medinipur district. 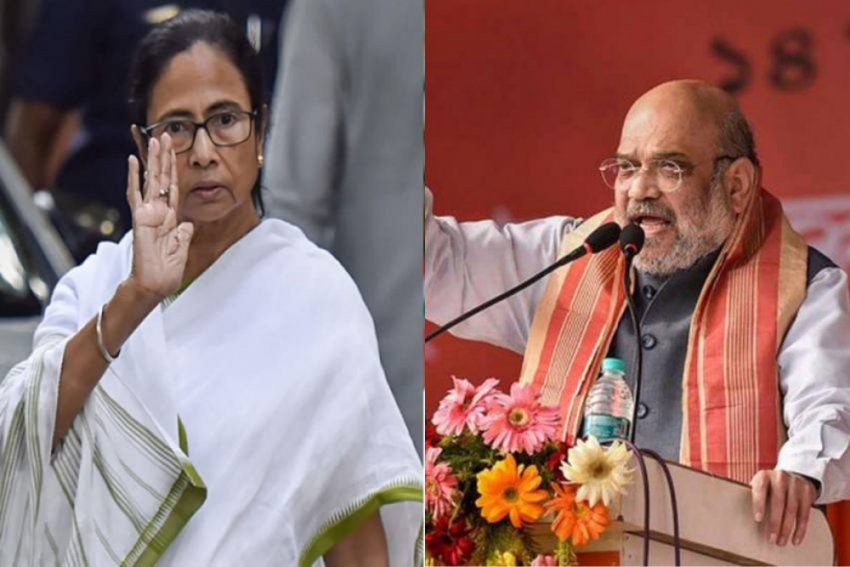 If BJP is elected to power, we will ensure that no one imposes any curb on religious practices, said Union Home Minister Amit Shah as he took a dig at TMC supremo Mamata Banerjee's "appeasement policies".

He asserted that the saffron party does not believe in vote-bank politics.

The BJP will build 'sonar Bangla' (golden Bengal) over the next five years, propelled by the party's double-engine government at the Centre and the state, said Shah during a rally in Purba Medinipur district.

"School teachers in Bengal were beaten up for organising 'Saraswati puja'. The TMC dispensation does not allow Saraswati puja celebration in schools. The BJP, after coming to power will ensure that there is no restriction in organising any religious festival," Shah stated.