No Decision On Reopening Monuments In Maharashtra So Far: MoS Aditi Tatkare

An association of tourist guides on Friday wrote to Chief Minister Uddhav Thackeray demanding that monuments in Maharashtra be reopened. 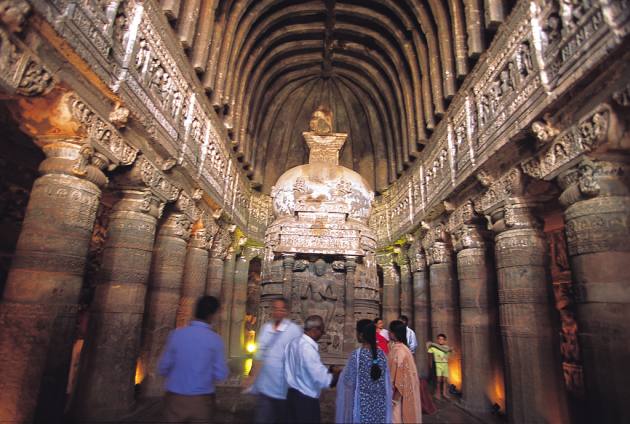 The Maharashtra government has not taken a decision so far on reopening monuments for tourists, Minister of State for Tourism Aditi Tatkare said on Sunday.

An association of tourist guides in Aurangabad on Friday wrote to Chief Minister Uddhav Thackeray, demanding that monuments, like the world-famous Ajanta and Ellora caves and others, here be reopened for visitors as the shutdown due to Covid-19 has brought many to the brink of "starvation".

When contacted, Aditi Tatkare told PTI, "I will not be able to say anything about this as this is a decision of the chief minister. A decision on opening tourist sites is yet not taken."

Aurangabad Collector Sunil Chavan said he has met several people who are dependent on tourism for their bread and butter.

"They are facing problems trouble and even the hotel industry here has demanded that monuments be reopened. The district administration is preparing a proposal for this and it will be sent to the state government," he said.

The Archeological Survey of India's (ASI) Aurangabad circle is also planning to write to the state government over the issue.

"We are prepared for reopening the monuments and permission of the state is awaited. Our office will write a letter to the state government soon," an ASI official here said.

After the state government's decision to open religious places of worship, All India Majlis-e-Ittehad-ul-Muslimeen (AIMIM) Lok Sabha member from Aurangabad Imtiaz Jaleel in a tweet on Saturday said he hopes now the government takes a decision to open all historical places.

"People go out to travel but not doing so since all monuments shut. Again illogical.! Its having major impact on travel and hotel industry," he tweeted.

Now hope Govt also takes decision to open all historical places. People go out to travel but not doing so since all monuments shut. Again illogical.! It’s having major impact on travel and hotel industry.