Farmer leader Hannan Mollah says the farmer unions will be meeting at the Singhu border in Delhi today and decide the future course of action. 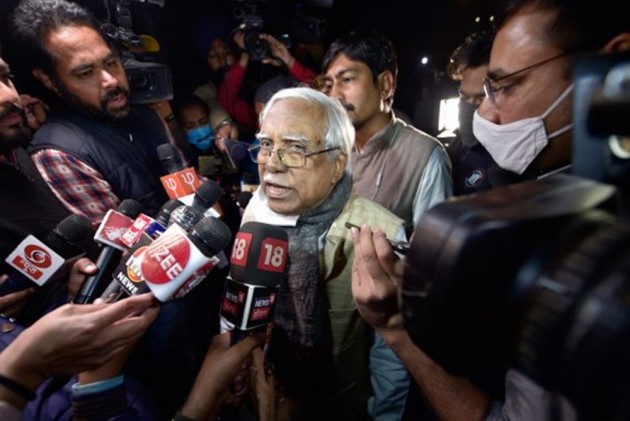 A day after the meeting between Union Home Minister Amit Shah and farmer unions failed to yield any result, Hannan Mollah, general secretary of the All India Kisan Sabha (AIKS), said that the farmers union will be meeting today at the Singhu border and will take a final decision on the government’s proposal regarding the amendments to the new farm laws.

Mollah, who was a part of the 13- member delegation which met Amit Shah on Tuesday, also said that after the meeting, the government offered to send a proposal regarding the amendments to the laws.

The sixth round of negotiations between farmers the central government, scheduled for Wednesday, was also cancelled by the farmer unions after the meeting failed to break the impasse.

Will Demand 'Yes Or No' From Amit Shah After Today's Meeting: Farmer Leaders

Speaking to Outlook, Mollah said that the unions will meet today at the Singhu border and take a final decision after discussing the proposal of the government.

“Shah said that they will give us the proposal in writing. We will see the proposal and will discuss it at the meeting at Singhu border. Our decision will be announced at a press conference later,” said the former CPI (M) MP.

Mollah said that though the Home Minister tried to convince the union leaders on the amendments to the Bill, the farmers stuck to their position on repealing the bill.

“Tuesday’s meeting was fruitless. Amit Shah tried to convince us that we accept the amendments to the Bills.  However, we disagreed with the amendments. We only want the repeal of the bills,” said Hannan.

Mollah also dismissed reports of division among farmer unions regarding the meeting between the government and the farmer leaders. He said that decisions are taken unanimously.

“There is no difference of opinion among farmer unions. We are together. It is for the first time in the history of India Kisan movement, farmers are speaking in one language like this,” he said.