No Expectation From Centre, Delhi CM But...: Congress' Anand Sharma

We have no expectations from Centre or Delhi CM but we have hopes from the courts, Congress MP Anand Sharma said. 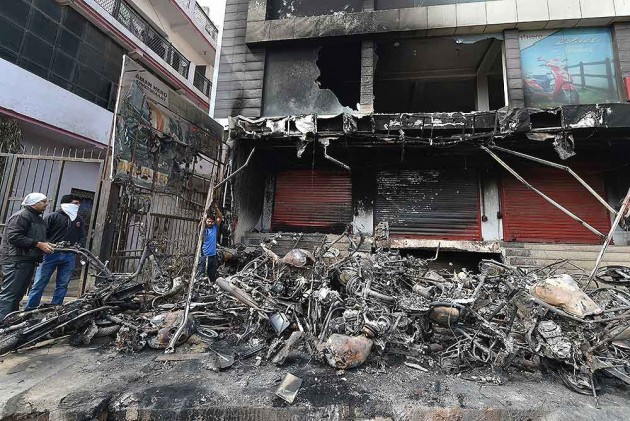 The situation is far from normal and an environment of fear is still prevailing in Delhi, the Congress party said on Saturday after 42 people died in the worst communal riots in the city in over three decades.

Senior Congress leader Anand Sharma also claimed that a "one-sided" investigation is taking place into the riots. "We have no expectations from Centre or Delhi CM but we have hopes from the courts," he told reporters.

Meanwhile, another Congress leader adn former union minister hit out at the BJP after Union Law Minister Ravi Shankar Prasad told Congress not to preach "raj dharma" to the government.

Delhi Riots: 'The Bullet That Hit Me Didn’t Have Any Religion'

Slamming Prasad, Sibal said that Opposition cannot preach "raj dharma" to the Centre's BJP government as "listening, learning, and obeying such duties" is not in BJP's disposition.

"How can we, Mr. Minister? When you did not listen to Vajpayee ji in Gujarat, why would you listen to us! Listening, learning and obeying Rajdharma not one of your government's strong points."