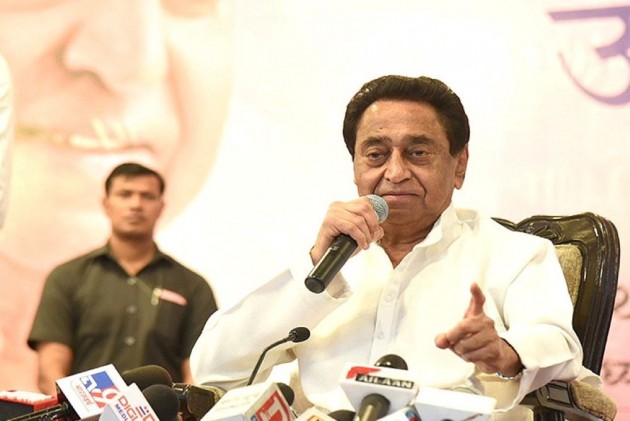 Senior Congress leader Kamal Nath on Sunday came down heavily on the BJP government at the Centre, accusing it of being responsible for the situation arising out of coronavirus in the country.

He also alleged that the Centre ran Parliament only to ensure that the Madhya Pradesh assembly could function and the Congress government headed by him could be toppled.

"It is obvious, Parliament was run only to ensure that Madhya Pradesh assembly could run and the Congress government be toppled," Nath told reporters at a press conference addressed through video conferencing.

He alleged that the people of Madhya Pradesh were "befooled" by the saffron party as there was no council of ministers or a health or home Minister in place in the state amid the crisis due to the coronavirus outbreak.

"Nowhere in the world this has happened," he added.

The former Madhya Pradesh chief minister said the situation in the country due to coronavirus was very serious and the number of cases will rise if more testing was done.

Noting that the country is going to face a very serious economic crisis due to COVID-19, he said the Centre's economic package needs to be focussed and its success lies in its execution and on which sectors it focusses on.