'No Indian Will Be Left Out': Smriti Irani Slams Mamata Banerjee Over NRC

Criticising West Bengal Chief Minister Mamata Banerjee for her opposition to the NRC, Union Minister Smriti Irani said, it proves the dichotomy on her stand on illegal immigrants. 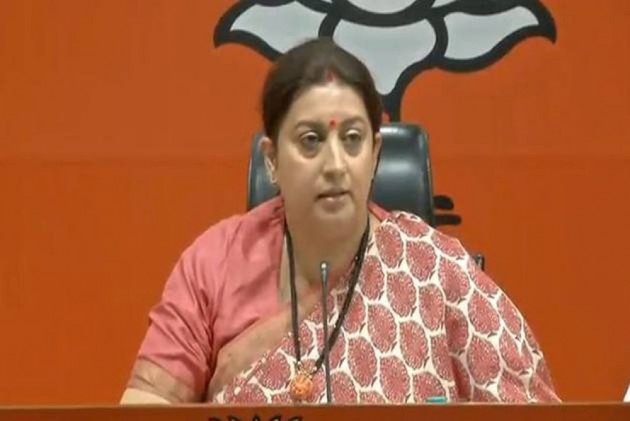 Union Minister Smriti Irani on Tuesday hit out at West Bengal Chief Minister Mamata Banerjee for her opposition to the NRC, saying that the BJP-led government at the Centre is committed to protecting the rights of each and every citizen of the country.

The illegal infiltrators will be dealt with as per law, she asserted.

"No Indian will be left out... we are dedicated towards protecting the rights of the citizens of the country," the union minister said on NRC.

Criticising Banerjee for her opposition to the NRC, Irani said, it proves the dichotomy on her stand on illegal immigrants.

The chief minister's opposition to policies of the central government are well known to the people, she said.

"The belligerent stand taken by Mamata Banerjee is preventing the people of the state from availing the benefits provided by the central government, that could have reached farmers, women and children.

"Establishment of industries have been stalled by the West Bengal government..the Lok Sabha election results in West Bengal has shown that people of the state want change," Irani said.