Union Minister of State for Home Nityanand Rai said in a written response to a question that no infiltration has been reported along Indo-China border during last six months. 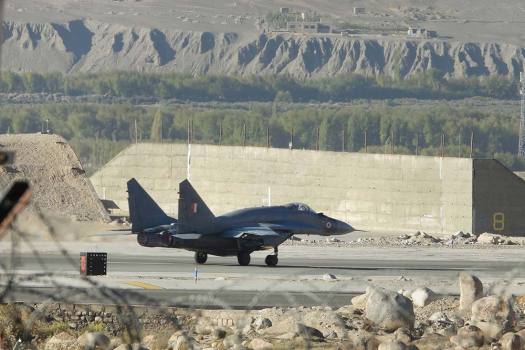 The government on Wednesday said there has been no infiltration along the Sino-Indian border in the last six months, while 47 infiltration bids have been reported along the Indo-Pak border during the period.

The Union Home Ministry also informed the Rajya Sabha that 594 attempts of infiltration into Jammu and Kashmir by Pakistani militants have been reported in the last three years, of which 312 were successful.

"No infiltration has been reported along Indo-China border during last six months," Union Minister of State for Home Nityanand Rai said in a written response to a question.

Replying a separate question, Union Minister of State for Home G Kishan Reddy said 582 terrorists were killed in Jammu and Kashmir by security forces in last three years, while 46 terrorists were arrested during the period.

As many as 76 army personnel were also killed in Jammu and Kashmir from 2018 till September 8 this year, he said.

Defence Minister Rajnath Singh on Tuesday said that India and China border issue remains unresolved and that  there has been no mutually acceptable solution and that China doesn't recognise the traditional and customary alignment of the boundary.

The Defence Minister told the Lok Sabha that China maintains that the boundary between the two countries has not been formally delimited.

"The two sides have different interpretations of the position of the traditional customary line. The two countries had engaged in discussions during 1950s-60s but these efforts could not yield a mutually acceptable solution. We consider that this alignment is based on well established geographical principals," Defence Minister Rajnath Singh said.

Also Read: Congress Walks Out Of Lok Sabha As Govt Says No To Discussion On India-China Standoff

Singh said even as this situation was being addressed by the ground commanders as per the provisions of the bilateral agreements and protocol, in mid-May the Chinese side made several attempts to transgress the LAC in other parts of the Western Sector.

"Violent conduct of Chinese troops is a violation of all past agreements. Our troops have done counter deployments in the area to safeguard our borders: Defence Minister Rajnath Singh on India-China border issue," Singh said.