No Intention To Hold Ministerial Post For Next 20 Years: TMC Leader Abhishek Banerjee

TMC national general secretary Abhishek Banerjee also said that his party aims to spread its footprint across the country and a plan to this effect will be ready in a month's time. 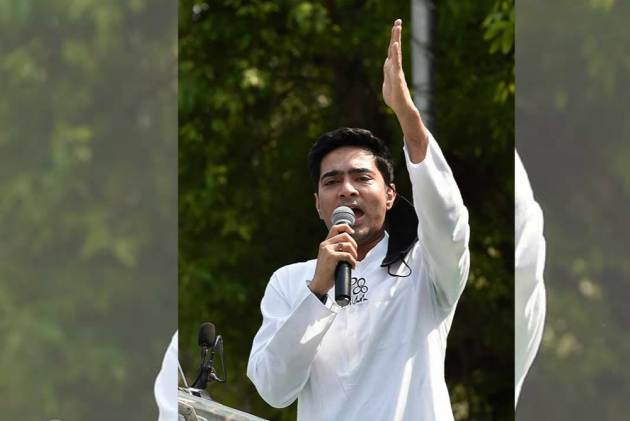 Hitting out at the BJP, TMC national general secretary Abhishek Banerjee on Monday said that he had no intention to hold public office or serve as a minister for the next 20 years and that his main focus would be to work for his party’s development.

He made the comments while countering the BJP’s nepotism barb hurled at the TMC. These developments come just days after the TMC appointed Banerjee, the nephew of TMC supremo and Chief Minister Mamata Banerjee as the party’s national general secretary.

The role of all-India general secretary was earlier held by Mamata's one-time confidante Mukul Roy and later by another confidante, Subrata Bakshi.

The TMC on Saturday made a series of new organisational appointments during a meeting convened by Mamata Banerjee.

The appointments confirmed speculations within the party ranks that Abhishek was going to take a more active role in national politics, while Mamata will keep her focus on the state to ensure no anti-incumbency develops ahead of the 2024 Lok Sabha elections.

While addressing the media on Monday, Abhishek also said that his party aims to spread its footprint in every nook and corner of the country and a plan to this effect will be ready in a month's time.

He further said that his party will take the BJP head-on in every state where it gets to gain a foothold.

Slamming the saffron camp for its "nepotism" jab against the TMC, the Diamond Harbour MP said he would resign from the party if a bill is passed in Parliament allowing just one person from every family to join politics.

He further clarified that he had no intention to hold any public office or ministerial post for the next 20 years and would only want to work for his party's development.

"We have received around one lakh emails from people across India thanking the TMC for defeating the BJP in assembly polls. We will take the BJP head-on in every state where the TMC builds its foundation," the MP added.