The President's rule imposed in undivided Jammu and Kashmir was on Thursday revoked. 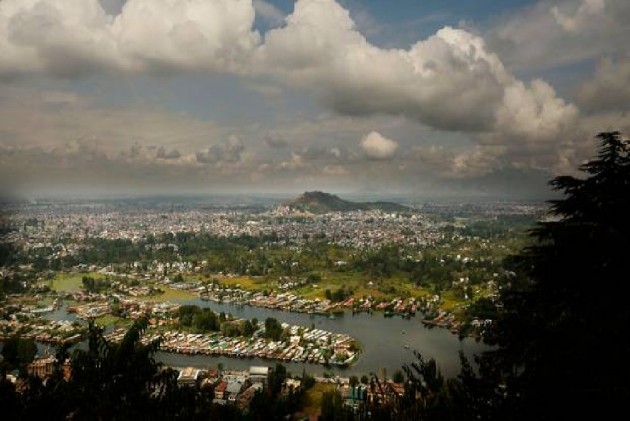 The state of Jammu and Kashmir ceased to exist at midnight on Wednesday and was converted into two union territories, 86 days after the Parliament abrogated its special status under Article 370.

The UTs of Jammu and Kashmir, and Ladakh will be headed by lieutenant governors G C Murmu and R K Mathur, respectively.

With the bifurcations and conversion of J&K into two UTs, the President's rule imposed in undivided Jammu and Kashmir was on Thursday revoked.

This is for the first time that a state is being converted into two UTs. The total number of states in the country will now be 28, while the total UTs will go up to nine.

R K Mathur was sworn in as the LG of Ladakh by Chief Justice of Jammu and Kashmir High Court Geeta Mittal.

With this, the Constitution of Jammu and Kashmir and the Ranbir Penal Code will cease to exist from Thursday, when the nation celebrates 'National Unity Day' to mark the birth anniversary of the country's first home minister Sardar Vallabhbhai Patel, who is credited for the merger of over 560 states into the Union of India.

The Jammu and Kashmir Reorganisation Act, 2019, states that the appointed day for the two UTs is October 31 and these will come into existence in the midnight (Wednesday-Thursday).

The announcement of abrogation of the state's special status and its bifurcation was made in Rajya Sabha on August 5.

The UT of Jammu and Kashmir will have a legislature like Puducherry while Ladakh will be a UT without legislature like Chandigarh and both the UTs will be headed by two separate lieutenant governors (LG), as per the Act.

The Centre will be in direct control of the police and the law and order in Jammu and Kashmir from Thursday when it becomes a UT, while the land will be under the elected government there.

The UT of Ladakh will be under the direct control of the central government which will administer the high-altitude region through the LG.