The transport department has launched the drive after instructions from the Prime Minister’s Office (PMO). 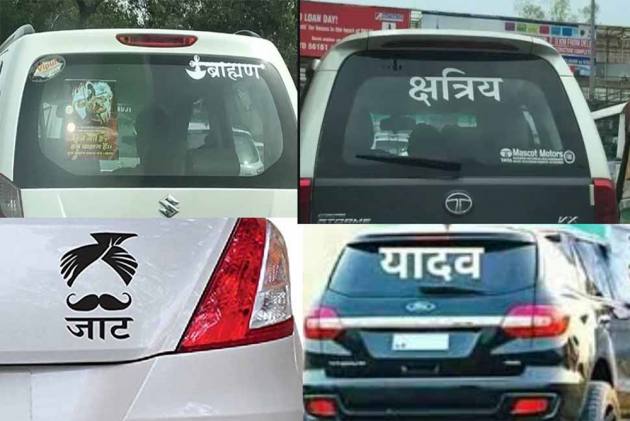 No more Yadav, Jat, Gurjar or Brahmin car stickers. You read that right! It has become a matter of pride to write caste names on windscreens or number plates of vehicles. However, the Uttar Pradesh transport department has had enough of it. They are cracking down on vehicles boasting of their owners' caste.

Castes like Jat, Gurjar, Yadav, Brahmin, Pandit, Kshatriya, Lodhi and Maurya appear to be competing with each other - in asserting their dominant social or political status by putting the caste and sub-caste name tags on their SUVs, cars, motorcycles and other vehicles.

The transport department has launched the drive after instructions from the Prime Minister’s Office (PMO). Vehicles displaying caste stickers will now be seized.

“Such stickers should not be pasted on the vehicles. Those who are found guilty of the offence, their vehicle will be seized. According to our enforcement teams, every 20th vehicle is found carrying such a sticker. Our headquarters has asked us to take action against such vehicle owners,” DK Tripathi, deputy transport commissioner, Kanpur, told Hindustan Times.

This practice of people displaying their caste identities on vehicles allegedly became popular during the Samajwadi Party (SP) regime under Mulayam Singh Yadav (2003-07).

It had become fashionable to drive SUVs and motorcycles with ‘Yadav’ written in bold letters on them.