No Namaz In Parks: Noida Police Issues Notice To Companies

The notice issued by police specifically warned that the firms would be held responsible for any breach of this directive. 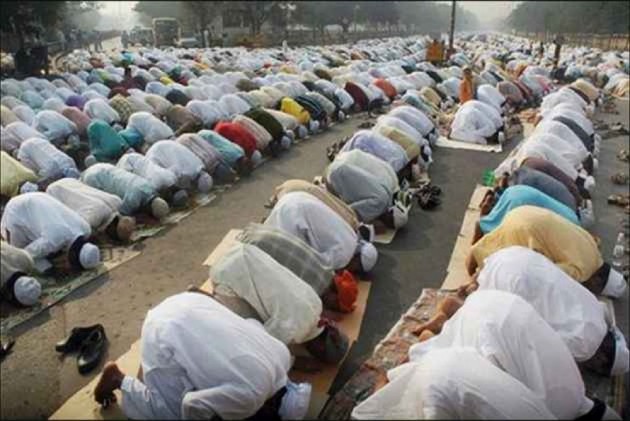 An order issued by the police in Noida asking mostly multi-national companies to bar their employees from offering prayers in open public spaces in Sector 58, sparked controversy on Tuesday.

The notice issued specifically warned that the firms would be held responsible for any breach of this directive.

Although Senior Superintendent of Police Ajay Pal clarified that the notice was not for any "particular religion", it was widely believed that the notice pointed to the namaz offered by Muslims in open public spaces.

An official confirmed that at least a dozen companies in Sector 58 of Noida have been served the notice by the concerned police station.

Prior to the notices, the Senior Superintendent of Police (SSP) Noida had been approached by a few Hindu groups who had complained to him that offering prayers in the open "disrupts harmony" in the area, NDTV reported on Tuesday, citing sources.

Ajay Pal Singh, SSP Noida, has however refuted the assertion that the notice targets a particular community or religion. "Some people had sought permission to offer prayers in a park in Sector-58, but they weren't allowed by the city magistrate. And still a lot of people gathered there. The notice aims to discourage all sorts of religious gatherings," NDTV quoted Pal as saying.

“Yes, we have sent notices to many companies in our area after several complaints regarding a large number of people offering Namaz in the afternoon especially on Fridays. Since most people offering prayers are employees in companies nearby, we have sent notices to those companies to ask their employees to either offer Namaz in a Masjid, Eidgah or within the office compound on the roof etc,” said Pankaj Rai, SHO of the Sector 58 police station, from where the initial round of notices were issued, according to a report in The Indian Express.

The reason for the notice, according to SHO Rai, is an increasing number of people offering the prayers. “Earlier only around 10-15 people assembled in the parks to offer Friday prayers and there were no complaints regarding that. However, over the last few weeks, the numbers have risen significantly. Over the last couple of weeks, around 500-600 people assembled in the afternoon to offer Namaz and we got several complaints regarding such assembly of people in the public park,” Express quoted him as saying.

“When we spoke to some of the attendees, we found that many of them were not even working in the companies in the area. So, what is happening is that seeing people assembling for Namaz, others are also assembling,” Rai added.

“The elections are approaching and there is some concern on that front too, as it may lead to some disharmony. While companies can’t do anything about private matters, we expect the companies to inform their employees that the company has received a notice regarding the issue and they need to offer Namaz either in Masjids, Eidgahs or within their office premises,” said the SHO.

The police notice states: “We want to inform you that there is no permission from the administration to conduct any kind of religious activity including Namaz offered on Friday in the Authority park in Sector 58. It has been often seen that the Muslim workers of your company assemble in the park to offer Namaz and I, the SHO, have told the group to not hold prayers in the park. Also, their plea to the city magistrate has not received any permission to do so.”