Preparations for the "antim ardas" (final prayers) are underway at a field, away from the spot where the violence took place in Tikonia village of Uttar Pradesh's Lakhimpur Kheri. Sanyukt Ksian Morcha's leaders would be the only ones present there. 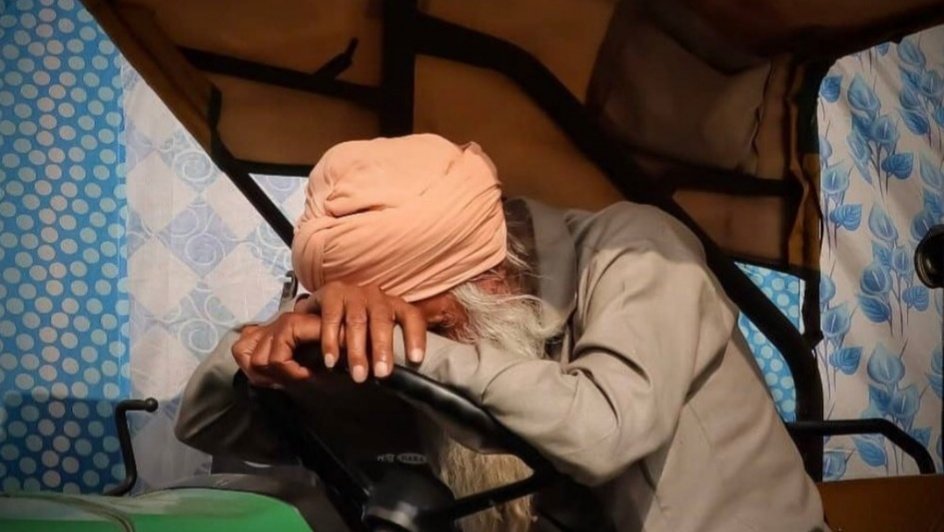 No politicians will be allowed to share the stage with farm leaders during the last prayers for the four farmers killed in the Lakhimpur Kheri violence on October 3, a BKU office-bearer said.

Preparations for the "antim ardas" (final prayers) are underway at a field, away from the spot where the violence took place in Tikonia village.

"The 'antim ardas' for all the dead farmers will be held on Tuesday at Tikonia," BKU-Tikait's district president Amandeep Singh Sandhu said on Monday.

On the question of whether politicians will be part of the prayers, BKU-Tikait district vice-president Balkar Singh said, "No political leader will be allowed to share the stage where only Samyukta Kisan Morcha (SKM) leaders will be present."

The SKM is an umbrella organisation of farmer unions leading the protest against the Centre’s three contentious farm laws, which were enacted last year.

"Farmers and leaders of various farm unions from other states and districts of Uttar Pradesh will participate in the 'ardas' and 'bhog' programme in Tikonia," Sandhu said, adding that "no other programme has been communicated so far".

According to a report, a "paath" for the Sikh farmers killed in the violence has been kept at the Kaudiyala Ghat gurdwara in Tikonia village.

Sukhdev Singh, the uncle of the dead farmer Gurvinder Singh, a resident of Moharnia village under the Matera police station of Bahraich, told PTI that a "bhog" was held at the houses of Gurvinder Singh and Daljit Singh of Banjaran Tada, who had died during the October 3 violence.

A separate "paath" has been kept for the dead farmers at the Kaudiyala Ghat gurdwara, which will be followed by a collective "antim ardas" and "langar" on Tuesday, he said.

According to information, a large number of Sikhs and farmers from many states are reaching the gurdwara.

Eight people died in the October 3 violence and four of them were farmers, allegedly knocked down by a vehicle carrying BJP workers. Farmers claimed that it was  Union Minister Ajay Mishra's son Ashish Mishra who was in one of the vehicles, an allegation denied by him and his father. Infuriated farmers then allegedly lynched some people in the vehicles.

The other dead included two BJP workers and their driver. A local scribe had also died in the incident.

The SKM had demanded the arrest of the father-son duo.

Ashish Mishra was arrested after 12 hours of questioning late on Saturday night.

The farmer unions had said if the government does not accept their demands by October 11, they will take out a "Shaheed Kisan Yatra" from Lakhimpur Kheri with the ashes of the slain farmers.

The SKM has also given a call for a "rail roko" protest across the country from 10 am to 4 pm on October 18 and a mahapanchayat in Lucknow on October 26.

Ajay Mishra should be dismissed from the cabinet and arrested on charges of spreading disharmony, murder and conspiracy, farm leaders had said earlier.

A nine-member SIT team headed by Deputy Inspector General of Police (Headquarters) Upendra Agarwal has been formed to investigate the FIR lodged against the minister's son and others in the Lakhimpur Kheri violence.

After two men were arrested on Thursday in the case, police had put up a notice outside Ashish Mishra's house who appeared before the SIT on Saturday and was questioned for over 12 hours leading to his arrest.