The government was responding to questions in parliament in the wake of widely-criticised laws pitched in several BJP-ruled states that target interfaith marriages. 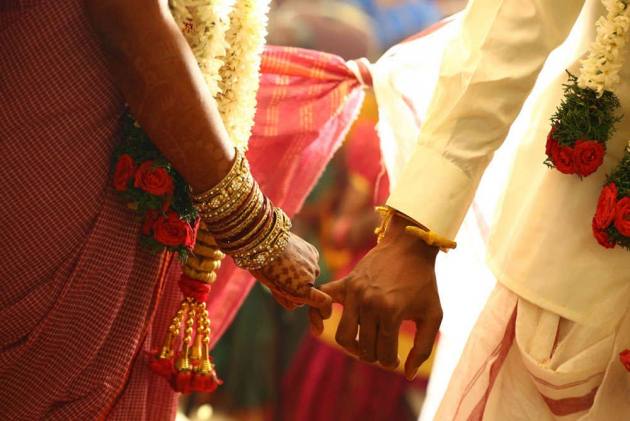 The government on Tuesday ruled out any proposals to bring a central anti-conversion law to curb interfaith marriages. It also suggested that issues related to religious conversions are primarily the concerns of state governments.

Union Minister of State for Home G Kishan Reddy said that law enforcement agencies take action whenever such instances of violation come to the fore.

Reddy said in a written question that the central government has no plans to enact a central anti-conversion law to curb interfaith marriages.

"Public order and police are state subjects as per the Seventh Schedule to the Constitution and hence, prevention, detection, registration, investigation and prosecution of offences related to religious conversions are primarily the concerns of state governments and Union Territory administrations.

The statement was in response to questions raised by five Congress MPs from Kerala who had asked if the government believed that forced conversions were taking place because of interfaith marriages and details of any laws planned to curb them.

The questions came in the wake of widely-criticised laws that target interfaith marriages enacted by Uttar Pradesh and Madhya Pradesh - both ruled by the BJP. Several other states governed by the party including Haryana, Assam and Karnataka have also announced plans for such laws.

"Action is taken as per existing laws by law enforcing agencies whenever instances of violation come to notice," Reddy added.