Opinion | Prashant Kanojia's Arrest Won't Be The Last One, Wait Until Next Outrage

Simple reprimands are surely not enough to stop a recalcitrant authority in its tracks. Nor are public outrages enough to bring back people drunk on power back to their senses. 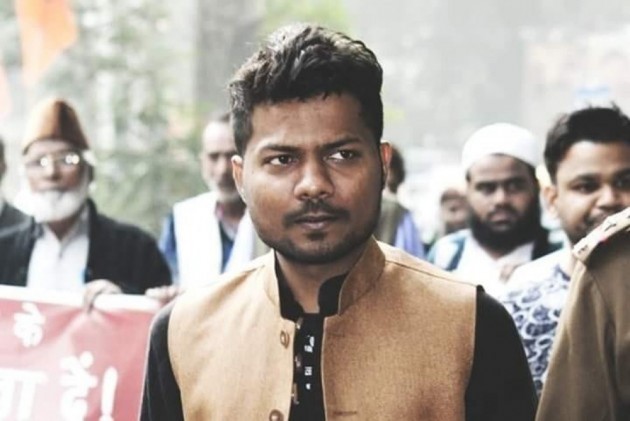 The Supreme Court has freed journalist Prashant Kanojia, but make no mistake that this wouldn’t be the last time in India that someone’s thrown into jail for a “defamatory” tweet, a “distasteful” social media post or a “crude” joke. Power corrupts and absolute power corrupts absolutely. And there are enough number of people in this country exercising unquestioned authority who would be sure enough to cross the line in an attempt to shut people up for what they deem is defaming them or harming their interests.

So, brace for more people to be chucked behind bars and more resultant outrage. The problem is we don’t learn any lessons. Neither are those who abuse power taught any lesson. The Supreme Court, in its ruling on Tuesday, rapped Uttar Pradesh Police for arresting Kanojia for tweeting on a lady who claimed to be in love with state chief minister Yogi Adityanath. The court disagreed with the police and ordered the journalist to be freed immediately. That is where the matter rested.

UP Police have not had to pay for its misdeeds, apart from being embarrassed a bit. Thick-skinned as they are, it is likely that a force not adequately chastised would resort to newer misadventures sooner or later. Simple reprimands are surely not enough to stop a recalcitrant authority in its tracks. Nor are public outrages enough to bring back people drunk on power back to their senses. Recent instances show how our future is fraught with danger.

In state after state, regional satraps have overstepped the laxman rekha without ever being held accountable for such misdemeanours. In Odisha, a person was thrown behind bars last year for no less than 42 days for a series of tweets that were construed to be mocking Odias and Odia culture. Since it made sense to bat for regional pride months ahead of crucial elections, the administration of chief minister Naveen Patnaik acted with alacrity to incarcerate him. The police fished out year-old tweets to add criminal charges against him, citing that they had the potential to trigger social strife. That nothing had happened in the intervening year was no deterrent to police action.

The man languished in jail until he fell sick and the chorus of protests—especially outside the state—began to get louder. It was beginning to look like a PR disaster. Here again, the state acted swiftly. Having slapped him with penal offences and then insisting for weeks that it was for the courts to decide whether the man stays in jail or is freed, the government withdrew the cases when things were starting to get out of control. The man was freed and that was it. Patnaik went on to win elections and is now feted as India’s longest-serving chief minister.

Ditto with whatever happened to Manipur journalist Kishorechandra Wangkhem. The government arrested him for his abusive social posts wherein he criticised the chief minister N. Biren Singh. The court freed him, but the state detained him under the NSA and Wangkhem spent more than three months in jail. Abuses are certainly not to be condoned, but since when did abusing the chief minister amount to being a threat to the nation?

Here again, the court intervened and gave back Wangkhem his freedom. But none in the administration who exceeded their brief and thought of invoking the NSA against him were brought to book. Without penalty, they are likely to abuse their power again.

An editorial in the Imphal Free Press, Manipur’s most-circulated English daily, rightly called for Rs 1 crore to be given by the state government to the wronged Wangkhem as reparations. Unfortunately, however, such sane advice has not found any taker and the state remains unrepentant. That is where the danger lies. Minus penalty, it is foolish to expect that those in power will make penance. And it is a matter of time before someone somewhere in the corridor of power in this vast country will pick on someone and throw him behind bars. So wait until the next outrage.