The Rath Yatra of Lord Jagannath in Puri is an annual ritual and this time, it is scheduled for July 12. 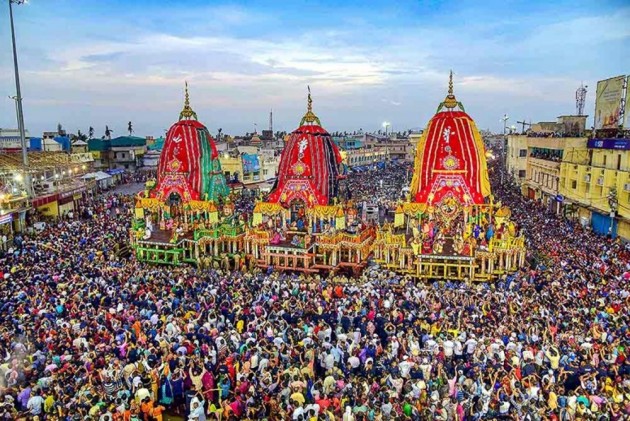 Amid concerns that mass gatherings could spark a third wave of Covid infections, the Supreme Court on Tuesday said that this year the Rath Yatra could only be held at Odisha's Puri Jagannath Temple and not at other places in the state.

A bench headed by Chief Justice N V Ramana said that it would not interfere with the directions passed by the state government under the Disaster Management Act.

“We are sorry. We also feel bad,” the bench said.

Dismissing all the petitions, Chief Justice Ramana said, "We hope and trust God will allow the Rath Yatra next time."

"I also go to Puri every year... but have not gone for the last one-and-a-half years. I do puja at home... and it can be done at home. (The state) government has taken the right decision," he said.

The Rath Yatra of Lord Jagannath in Puri is an annual ritual and this time, it is scheduled for July 12.

The state has allowed rath yatra only at Jagannath Puri.