No Reason To Hide Covid Deaths; Effort Is To Vaccinate All At Earliest, Says Mansukh Mandaviya

'Our job is to publish that data and nothing else. We haven't told anyone to show fewer numbers (of deaths) or less positive cases. There's no reason for that,' Mansukh Mandaviya said 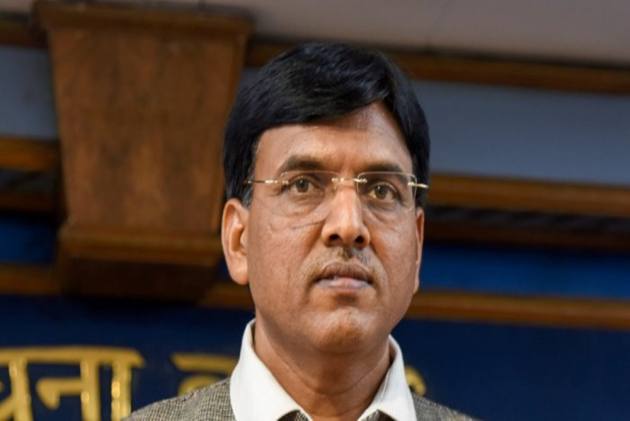 On the allegation of under-reporting of Covid deaths, Health Minister Mansukh Mandaviya on Tuesday said the central government compiles and publishes data sent by the state government. "There is no reason to hide deaths but whom are you blaming? Who does registration? States do. Who decides on statistics? States do. Government of India compiles and publishes data received from the states," Mandaviya said.

"Our job is to publish that data and nothing else. We haven't told anyone to show fewer numbers (of deaths) or less positive cases. There's no reason for that," he added.

Putting up a staunch defence of the Modi government's handling of the Covid-19 pandemic, he said vaccine production in the country is increasing and the effort is to inoculate all adults at the earliest.

A Third Of India’s Population Yet To Gain Covid-19 Antibodies, Vulnerable To Virus: Centre

Replying to a short duration discussion on the health crisis and the vaccination policy in Rajya Sabha, the minister said a package of over Rs 23,000 crore has been approved for strengthening the health infrastructure, including setting up 2.4 lakh medical beds and 20,000 ICU beds, with a special focus on paediatric care to handle any possible third wave of the pandemic.

Asked by Derek O'Brien of the TMC if the target of vaccinating all by December 21, 2021, would be achieved, he said, "Our effort is to vaccinate all at the earliest."

Taking part in the discussion earlier, Leader of Opposition in Rajya Sabha Mallikarjuna Kharge said the government's COVID-19 death toll figure of 4-5 lakh is "false" and conservative and claimed the average number of deaths cannot be less than 52.4 lakh so far in the country.

The minister insisted that the Centre has never done politics over the pandemic. "We never said that this state failed or that state didn't do this. I don't want to do politics but many states have 10-15 lakh doses of vaccines with them (and yet are complaining of shortage)."

He said transfer of technology to several companies has started and they will begin production in the coming days to reduce vaccine shortage in the country.

He said that India may become the first country in the world to develop a DNA-based vaccine.

"Cadila has completed third phase trial of its DNA vaccine and has applied for emergency use authorisation before DCGI (Drugs Controller General of India). Our expert team is looking into it. When this will come in the market, India will be the only country where scientists have developed a DNA vaccine," Mandaviya said.

The minister said Biological E is conducting third phase trial of its vaccine and it is expected to make 7.5 crore doses available in the market by September-October.

"Zydus Cadila and Bharat Biotech have started trials on children. I expect their trials to be successful," he said.

The minister said that transfer of technology between Bharat Biotech and several Indian companies, including public sector enterprises, is underway and it will boost production of vaccine.

He justified export of vaccines and said it has helped India in getting raw material from abroad.

"We started Vaccine Maitri because we live with the essence of 'Shubh Labh', helping others in times of crisis," he said.

Mandaviya said that foreign countries helped India in ramping up production for medicines of Black Fungus.

The minister said there were earlier only 20 plants that were making Remdesivir, but the number increased to 60 plants with a production capacity of 3.5-4 lakh vials per day as on April 13.

During the discussion, Opposition members criticised the handling of the Covid pandemic by the government and the vaccination programme and said people were dying on the streets due to lack of oxygen, which is a matter of shame in the 21st century.

The Opposition members also questioned the government's preparedness to tackle a possible third wave of the pandemic and suggested for a better coordination with the state governments.

In his reply, the minister said, "The crisis should not be the reason for politics.... All 130 crore people, all governments...should take a pledge together that we will not let the third wave come. Our pledge, (PM Narendra) Modi ji's guidance can save us from the third wave. The prime minister has accepted this and held discussions and meetings with states 20 times. Any matter put forward from the level of chief minister then, Modi ji has taken it seriously."

He said that when the state governments asked for powers to procure vaccines, the prime minister agreed and the states went ahead with tenders but no company came forward to supply vaccines to them.

In response to question on the lockdown in March 2020, Mandaviya said the country then needed to build infrastructure, medical gears, laboratories, etc. to handle the pandemic.

He said the prime minister had alerted everyone to make arrangements even before the first case was reported in the country in January 2020.