The Delhi High Court said facts reveal that P Chidambaram is 'the kingpin, the key conspirator in the INX Media case'. 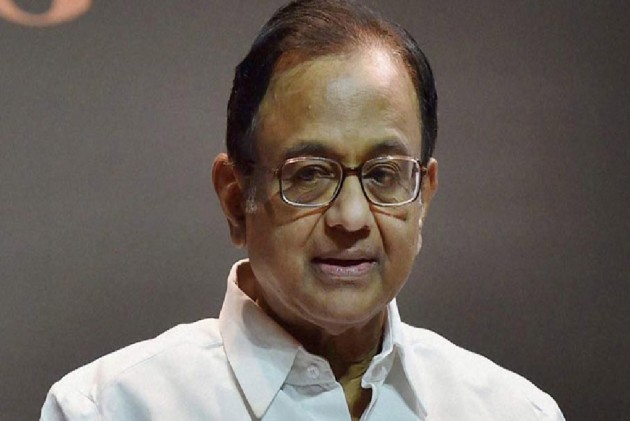 After Delhi High Court rejected anticipatory bail plea of Congress leader P Chidambaram and denied him protection from arrest in INX Media case, the former finance minister failed to get an audience from Chief Justice Ranjan Gogoi on Tuesday for urgent hearing of his appeal in the Supreme Court against the court order.

The High Court order paved way for the CBI and ED to arrest the former finance minister in the INX Media case. A six-member CBI team and an Enforcement Directorate team reached Chidambaram's residence in Jor Bagh on Tuesday evening. However, the Congress leader was not found at there.

A team of lawyers led by senior advocate and Chidambaram's party colleague Kapil Sibal was told by Registrar (Judicial) to mention the petition on Wednesday morning in the apex court.

Sibal was the first senior advocate to reach the apex court to meet Chidambaram and the two were seen rushing from one corridor to another to meet officials including the secretary general and CJI's staff for having word with Justice Gogoi.

After hectic parleys, Sibal said he has been informed by an apex court official to mention the petition on Wednesday at 10:30 am before an appropriate bench.

Justice Sunil Gaur denied relief to Chidambaram. "Both the petitions (in CBI and ED case) are dismissed," said Gaur.

The court said facts reveal that Chidambaram is "the kingpin, the key conspirator in the INX Media case". It said that the court is of prima facie opinion that custodial interrogation of Chidambaram is required for an effective investigation in the case.

The court also said that it is a classic case of money laundering and granting bail in such case would send a wrong message to the society.

"Chidambaram was evasive in replies to probe agencies when he was under protective cover given by the court," the court said.

The CBI and the Enforcement Directorate had opposed Chidambaram's bail plea on the ground that his custodial interrogation was required as he was evasive during questioning.

Both the probe agencies had contended that during Chidambaram's tenure as finance minister, FIPB clearance was granted to the media group for receiving overseas funds of Rs 305 crore in 2007.

ED contended that the companies in which money was transferred are directly or indirectly controlled by Chidambaram's son, Karti, and they have a reason to believe that the FIPB approval was granted to INX Media on his son's intervention.

The high court had on July 25, 2018, granted interim protection from arrest to Chidambaram in both the cases and it was extended from time to time.

The senior Congress leader's role had come under the scanner of various investigating agencies in the Rs 3,500-crore Aircel-Maxis deal and the INX Media case involving Rs 305 crore.

It was during his tenure as finance minister in the UPA-I government that clearances from the Foreign Investment Promotion Board (FIPB) were given to the two ventures.

In the INX Media case, the CBI had registered an FIR on May 15, 2017, alleging irregularities in the FIPB clearance granted to the media group for receiving overseas funds of Rs 305 crore in 2007 during Chidambaram's tenure as finance minister. Thereafter, the ED had in 2018 lodged the money laundering case in this regard.