A 28-year-old man in Odisha quarantined himself in the Swachh Bharat toilet, built close to his house where his family members including his elderly parents stay. 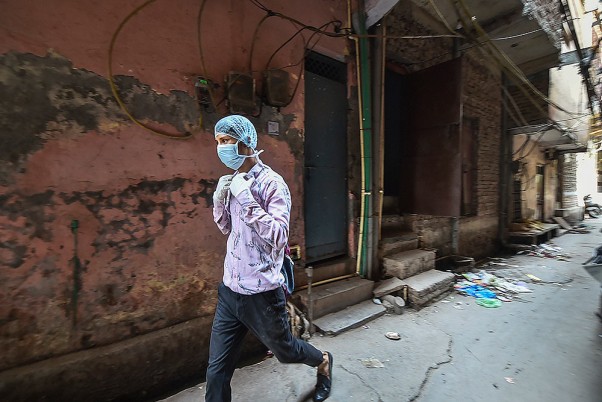 A 28-year-old returnee from Tamil Nadu spent seven days inside a toilet as his request for extension of stay in institutional quarantine in Odisha's Jagatsinghpur district was turned down and he did not have enough space for self-isolation in his house, an official said.

Manas Patra was discharged from the government-run temporary medical camp where he stayed for seven days, the official said.

After the mandatory seven-days stay at the facility, he was told to spend a week more in home isolation.

Patra then sought an extension of his stay in the institutional quarantine centre saying he does not have enough space in his house in Jamugaon village for that, but it was not allowed, the official said.

Finding no other alternative, Patra took shelter in the Swachh Bharat toilet, built close to his house where his family members including his elderly parents stay.

"I had pleaded with the local authorities for extending my quarantine period. However, they did not keep my request. Therefore, to ensure the safety of family members, I was forced to stay in the toilet," Patra said.

He spent seven days from June 9 to 15 in that 6x8 feet newly-built toilet which Patra's family members are yet to start using.

Block Development Officer of Naugaon, Rashmi Rekha Mallick, said the matter is being looked into.

"We have asked sarpanchs (village heads) to allow people to stay longer at quarantine centres if inmates give undertakings that they do not have adequate facility at home for self- isolation," Mallick said.

Earlier, returnees were placed under quarantine for 14 days.

But later it was reduced to seven days institutional quarantine followed by a week of quarantine at home as per the guidelines of the Ministry of Health, an official at the special relief commissioner's office said.