'No Takers For Your Malware': India Lambasts Pakistan At UN Security Council

'Heal thyself of your malaise,' India's Permanent Representative to the UN told Pakistan. 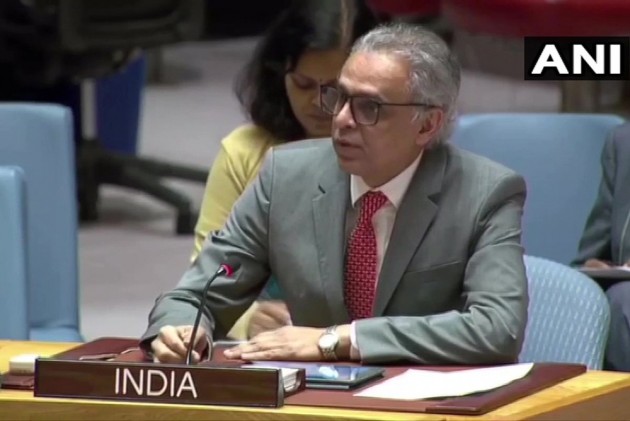 In a hard-hitting response, India on Thursday said Pakistan "epitomises the dark arts”, but there are no takers for its "malware” after Islamabad raked up the issue of Jammu and Kashmir at the UN Security Council.

"It is increasingly acknowledged that the Council faces crises of identity and legitimacy, as well as relevance and performance. The globalisation of terror networks, the weaponisation of new technologies, the inability to counter those resorting to subversive statecraft are showing up the shortcomings of the Council," Akbaruddin said during an open debate at the UN Security Council.

"One delegation that epitomises the dark arts has, yet again, displayed its wares by peddling falsehoods earlier today. These we dismiss with disdain. My simple response to Pakistan is even though it is late, neighbour, heal thyself of your malaise. There are no takers here for your malware," he added.

He also said that there needs to be a Council which is a "representative" of current global realities.

"The answer to the crises the Council faces, lies in invoking and working through Charter provisions that provide for reform and change. We need a Council that is representative of current global realities, credible, and legitimate, rather than one that rests merely on the claim that it existed at the inception. The Council needs to be fit for purpose for the 21st century," Akbaruddin further said.

Akbaruddin's strong response came after Pakistan’s envoy to the UN Munir Akram raked up the issue of Jammu and Kashmir while addressing the Council during the open debate.

The Pakistani envoy also raised the abrogation of Article 370, communications lockdown in Kashmir and referred to Wing Commander Abhinandan Varthaman, who was captured by Pakistan after an aerial combat in February last year after New Delhi had conducted counter-terror operations in Pakistan's Balakot.

Akram called on the Security Council and Secretary-General Antonio Guterres to “act decisively to prevent a disastrous war between Pakistan and India.”