Speaking to Outlook, Veena George also dispelled reports that the state is on the brink of a possible third wave of the pandemic. 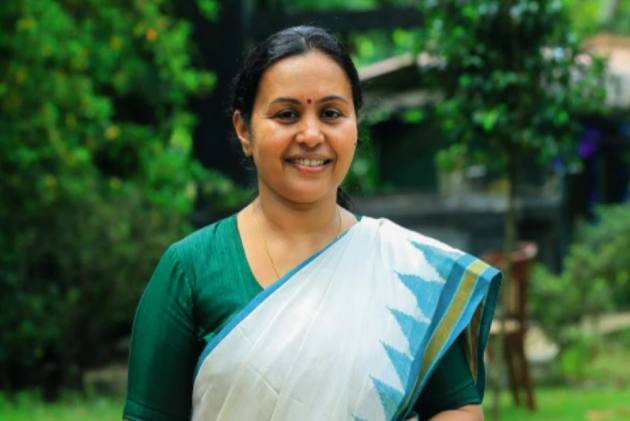 As Kerala continues to report a significant rise in Covid -19 cases, Health Minister Veena George said that the state will see a downward trend in two weeks. Speaking to Outlook, George also dispelled reports that the state is on the brink of a possible third wave of the pandemic. Excerpts

Q) Even though the second wave of Covod-19 has ebbed in other parts of the country, Kerala has been reporting an average of 12,000 daily new cases for almost a month now. What explains the high numbers?

This trend is not unusual. Kerala has been following the same pattern during the first wave too. The state accounted for almost 40 percent of the country’s total Covid cases in January while overall numbers were on a decline. We have anticipated this. Our strategy has always been to delay the peak and ramp up medical infrastructure to prepare for a surge. We have always tried to keep the cases below our medical capacity. The second wave of the Covid-19 pandemic was delayed in Kerala compared to other states. We saw the peak on May 12, when the caseload was at 43, 500. Now we have reached a plateau and we expect the curve to come down in two weeks.

Q) The Test positivity Rate (TPR) is hovering around 10 percent for some time now. Isn’t it worrying?

One of the reasons for the high positivity rate can be attributed to our strategy of targeted testing. When a person tests positive, we trace and test the contacts of the person. We prefer to do target testing rather than random testing. We could have brought down the TPR if we had gone for random testing. In panchayats that report high TPR, we are testing 10 times more than normal. The seroprevalence study which was conducted after the first wave showed that only 11 percent of the population was infected and we have 89 percent population which was susceptible to the virus. Since we have a large population vulnerable to the virus, we have adopted better surveillance to prevent deaths. During the second wave, Kerala didn’t report a single death due to a lack of oxygen. Kerala has the record of best testing and reporting of Covid-19 cases. The serosurvey results have also indicated this.

Q) Kerala has done a fairly good job on the vaccination front. Though 45 percent of the population has received a single dose and 10 percent is fully vaccinated, the cases are settled at a higher plateau. What could be the reason?

Almost 90 percent of the second wave cases in the state are caused by the Delta variant of the virus. We were able to tackle the highly infectious Delta variant with better management and good vaccination rates. We also had cases of Delta plus variant of Covid-19. Even then, we can keep Kerala’s mortality rate at 0.47, which is lower than the national average of 1.32. No under-reporting of deaths happened in Kerala. The only way to contain the disease is by vaccinating the maximum population. But the vaccination drive is at a slow pace now because of the unavailability of vaccines. We are capable of vaccinating at least three lakh people daily. Presently, we are vaccinating only one and a half lakh people due to a shortage of vaccines.

Q) Some reports suggest that Kerala is already seeing the third wave?

That is not correct. We are still in the second wave. Third-wave would have seen a surge in the number of cases. Our Covid-19 peak has been slow in the first wave and second wave too. In May, the daily caseload was above 30, 000 and then gradually the TPR came down. Now the TPR is at 10 percent and we may be seeing a fall in two weeks. However, if the public fails to adhere to Covid norms, then we may see a surge even after it stabilizes.

Q) There is criticism from many quarters that the government’s strict lockdown strategies have failed to see any results...

Decisions regarding containment measures are made by a Covid review committee. Currently, we have categorized local self-governments based on TPR, and restrictions are decided accordingly. However, strategy is reviewed every week, and relaxations are made taking livelihood options into considerations.

Our main challenge is the high population density, which impedes curbing the spread of the virus. Since there is no distinction between villages and cities in the state, the spread of the disease is equal in urban and rural areas. All these factors pose a big challenge for us.

Q) Is Kerala prepared for an imminent third wave of Covid-19, as warned by many experts?

For the last one and half years, our focus was on augmenting medical capacity and we will continue to do so. To counter a possible third wave, we are also scaling up pediatric facilities and special attention will be given to pregnant women. We are conducting special vaccination drives for pregnant women and have opened vaccine centers for them.

We will also impart special training in critical care to doctors and health workers. The government has plans to set up more oxygen plants to increase the production of oxygen to face exigencies.

Though there were 23 reported cases of the Zika virus, only six of them are active now. Other cases have turned negative now. The cluster of Zika virus has been identified within a three-kilometer radius in Thiruvananthapuram and we have taken extreme precautionary measures to curb its spread. Pregnant women are advised to undergo a Zika virus test if they show any symptoms s like fever or rashes.