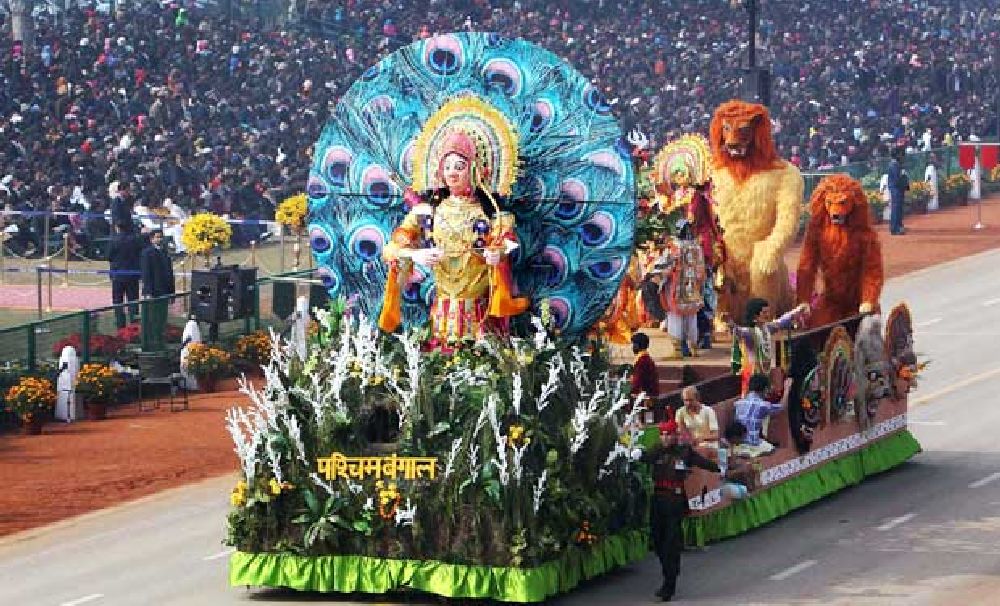 West Bengal’s tableau will not be seen during this year’s Republic Day parade in New Delhi, as all three proposals submitted by the state government have been rejected by an expert committee.

Immediately after the decision was announced, Chief Minister Mamata Banerjee-led Trinamool Congress (TMC) government hit out at the Centre saying that it insulted the people of the state for protesting the Citizenship Amendment Act (CAA).

For this year’s tableau, the West Bengal government submitted three ideas -- Kanyashree, Sabooj Sathi and Jal Dharo Jal Bharo. All three are state government’s welfare schemes in line with the central government’s initiatives to empower various segments of society. Kanyashree is a scheme to empower girl students. Under this scheme, all girl students in West Bengal are entitled to annual monetary stipend starting from their early years of schooling up to higher education. The idea is to encourage girls to complete schooling and enrol for higher education to evade dropout and early marriage. The scheme received the United Nations Public Service Award in 2017. Under Sabooj Saathi scheme, free bicycles are provided to students in classes IX to XII. Jal Dharo Jal Bharo is a project to conserve rainwater.

The selection of tableaus for Republic Day parade follows a well-established system. The Ministry of Defence invites proposals from all states, union territories and central ministries. The proposals are then evaluated in a series of meetings of the Expert Committee comprising of eminent persons in the fields of art, culture, painting, sculpture, music, choreography etc.

According to government sources, there were 56 proposals submitted by various states, Union Territories (UTs) and central ministries. Since the overall time allotted to the tableaus is limited, only 22 tableaus were finally selected. Of these 22, 16 are from various states and UTs, and six are from central ministries. The expert committee held five meetings to prepare the shortlist. But, West Bengal’s tableau proposal was rejected after the first two meetings.

According to the West Bengal government sources, the state government’s proposal was rejected because the Republic Day parade was intended to showcase traditional art and culture of the states, not state governments’ projects or schemes.

However, in the past, both central and state governments have showcased various other state-sponsored schemes. Even Rajiv-Langowal Accord was showcased in a tableau in 1986 parade. Partha Chatterjee, a minister of the TMC government, lost no time in depicting the rejection as yet another example of an insult to the people of West Bengal by the central government, this time for their resistance and protest against the CAA.