Nobody Helped Me; No Govt, No Administration: Justice Liberhan On Babri Masjid Demolition Probe

Eighty-one-year old Justice MS Liberhan (retd) speaks to Outlook on aspects of the Ayodhya dispute in general, and the demolition of Babri Masjid in specific. 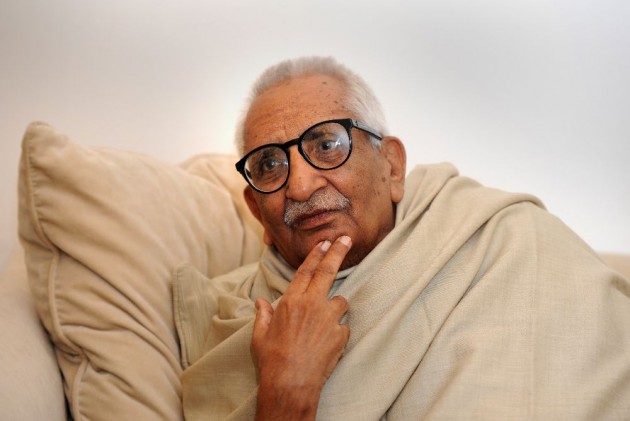 Justice MS Liberhan (retd) led the inquiry into the demolition of Babri Masjid in Ayodhya. The Liberhan Commission was formed by the PV Narasimha Rao government in December 1992, days after the historic structure was razed to the ground.

The Commission submitted its report in June 2009. Its report held AB Vajpayee, LK Advani and Kalyan Singh among others, responsible for inciting communal discord, of which the demolition was a direct corollary. The 81-year old retired judge speaks to Outlook on aspects of the Ayodhya dispute in general, and the demolition of Babri Masjid in specific.

The verdict in the Ram Janmabhoomi-Babri Masjid title dispute came today. What are your views on it?

Answer: I have not read it, but I’ve seen glimpses of it on the television. The Supreme Court always decides the cases according to their conscience. Nobody should comment on the judgment of the final court.

The judgment says that demolition of the mosque in 1992 was illegal and that the mosque was desecrated by the installation of idols in 1949. Yet, it goes on to award the title to Hindu parties.

The title suit goes back to centuries and the claims are based on largely conflicting documents. Contrast this with the trial in demolition case, the documents in which are more definite. But the case is nowhere near closure. Is there a lapse of justice here?

Answer: No, there is no lapse of justice. Justice runs very slow and the world over the speed is the same. In the US, they have not been able to decide until today who killed John F Kennedy and how.

Your commission was criticized for taking 17 years to finish the fact-finding work. Do you think the criticism is fair?

Answer: No. The critics have not taken into consideration the stay orders given by courts from time to time, or the relevant witnesses not appearing. Till the last, Vajpayee had not appeared. There were other witnesses too who never appeared. In addition, there were witnesses such as KS Sudarshan who were not willing to produce the records.

What were the main challenges while carrying out the commission?

Answer: Collecting the evidence. Non-appearance of important witnesses. The stay orders passed by high courts at every step. One stay order was still pending in the Allahabad High Court, I don’t know if it has been decided or not.

Your commission was in operation during central governments led by Congress, National Front, and BJP. Were there pressures of any kind from the governments to dilute the probe or indict somebody?

Answer: They might have wished to influence it but nobody dared approach me.

Did they ever indirectly try to convey that they wanted the commission’s findings to go a certain way?

Did the Samajwadi Party (SP) and Bahujan Samaj Party (BSP) governments in UP actively assist you while you were conducting the enquiry?

Answer: Nobody actively assisted me – no government, no administration.

Did the SP and BSP show any zeal towards prosecuting those responsible for demolition?

There were allegations against the commission that it slowed down during the tenure of BJP-led central government as there was pressure to dilute the findings against AB Vajpayee, LK Advani and MM Joshi. What’s your response?

Answer: There was no pressure as such. They did their best through procedural means; whatever they could do.

Again there were similar allegations during the Congress-led government that the commission softened its position on Congress complicity. What do you have to say about that?

Answer: No, that’s not true.

The commission report also had detailed accounts of events preceding the demolition, even testimonies. Do you think the prosecutors in the demolition case should have used your report?

Why did they not use it then?

Answer: It’s their choice, their lawyer’s advice. Mine was a fact-finding commission. Thereafter it is the police’s job to do whatever they ought to do. And my report has been accepted by the Parliament.

The demolition trial has been going on for 27 years. And not a single warrant has been sought by the prosecutors or issued by the trial court for appearance of witnesses/accused. Is there lack of sincerity here on part of prosecutors or judiciary?

Answer: Not the judiciary but the prosecuting agencies and their lawyers.

One of the key recommendations of your report was a legislative mechanism to delineate politics and religion. But neither the Congress nor the BJP has done anything towards creating it. Why?

Answer: It suits them politically not to do.

Answer: It’s part of life. Religion is nothing but a complex compound of faith and power politics.