A purported suicide note was found on the man's body which suggested that he killed the boys before taking the extreme step but did not mention any reason behind it. 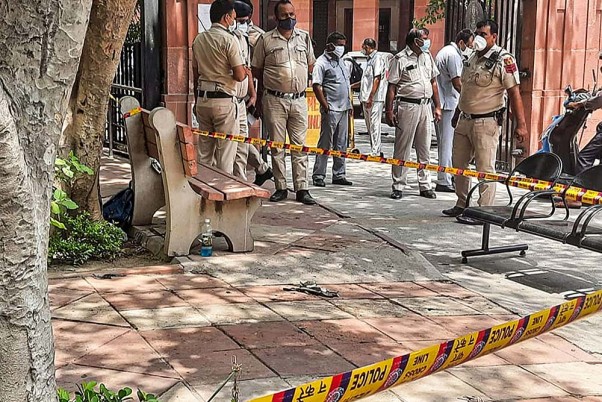 In a disturbing incident, a man in Noida allegedly killed himself at a house just days after his two sons were found dead outside the house. The 38-year-old man named Mahesh was found hanging in an empty house in Uttar Pradesh's Greater Noida, police informed the media on Saturday. The man's body was discovered days after his two children aged seven and three were found dead near a school in Sector 34 of Noida. According to police, the man had allegedly killed the two children and killed himself after that.

The police said Mahesh's body was found hanging at the house in Basai village on Friday.

"Two days before his death, his two sons, aged seven and three, were found dead near a school in Noida's Sector 34," a police official said.

Man Succumbs Days After Setting Himself Ablaze Outside SC

According to the official, a purported suicide note was found on Mahesh's body which suggested that he killed the boys before taking the extreme step but did not mention any reason behind it.

Additional Deputy Commissioner of Police (Noida) Ranvijay Singh had earlier told reporters that a police investigation was launched after the children's bodies were found.

"The bodies have been sent for a post-mortem examination, and further investigation would depend on its outcome. Police teams have been formed to work out the case," the officer had said.