'Terrorism from Pakistan remains publicly acknowledged by their government as a policy that they are justifying. So it makes it very hard to conduct normal relations with them': External Affairs Minister S Jaishankar 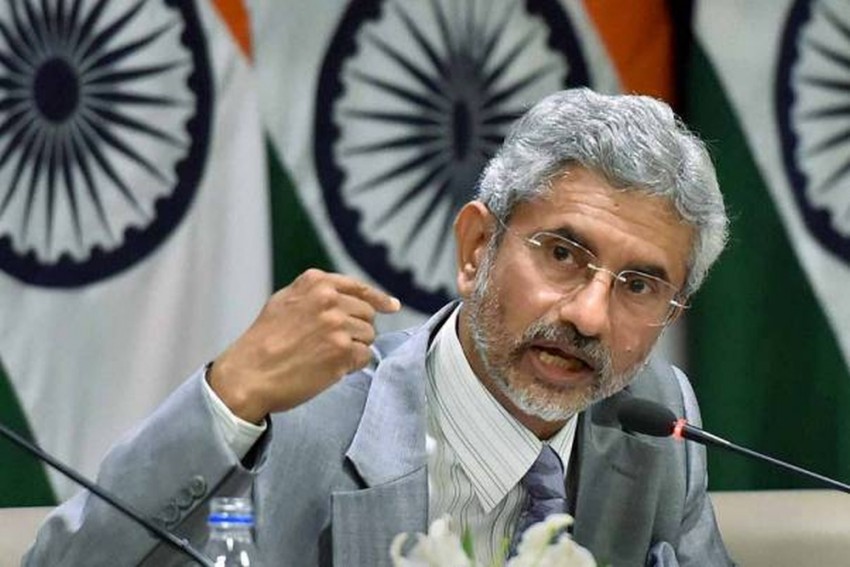 Terrorism remains publicly acknowledged by the Pakistan government as a policy that they justify, making it very hard to conduct normal relations with it, External Affairs Minister S Jaishankar said on Friday.

Speaking during an online event hosted by the Asia Society, Jaishankar said, “In terms of your… question, how are we with Pakistan. Well, I am afraid we're still at the, if not the perennial issues, at least the long-lasting ones, which is terrorism from Pakistan continues."

"Terrorism from Pakistan remains publicly acknowledged by their government as a policy that they are justifying. So it makes it very hard to conduct normal relations with them,” Jaishankar said.

He added that it is not only terrorism, but Pakistan doesn't do normal trade with India and has not given New Delhi MFN (Most Favoured Nation) status.

“We don't have a normal visa relationship, they are very restrictive on that score. They have blocked connectivity between India and Afghanistan and from Afghanistan to India,” he said.

Jaishankar said that normal neighbours do visas and trade, “they give you connectivity and most important they don't practice terrorism. And I think until we address that problem, this challenge of how do you have a normal relationship with this very unique neighbour is a very troubling issue for our foreign policy.”

Responding to a question on the developments in Kashmir since the bifurcation last year, Jaishankar said the erstwhile state of Jammu and Kashmir has now become two union territories.

“So as far as our neighbours are concerned, our point to them is that this is something which is internal to us. Every country after all reserves the right to change its administrative jurisdictions. A country like China has also changed the borders of its provinces and I'm sure a lot of other countries do that.

“Neighbours get impacted only if your external boundaries change. That has not happened in this case,” he said.

The relationship further dipped after India's war planes pounded a Jaish-e-Mohammed terrorist training camp deep inside Pakistan on February 26 last year in response to the Pulwama terror attack in which 40 CRPF jawans were killed.

Withdrawal of Jammu and Kashmir's special powers and bifurcating the state into two union territories in August last year also evoked a strong reaction from Pakistan, which has been unsuccessfully trying to rally international support against India on the Kashmir issue.