Not A Grain Of Snow This Month, Apple Growers’ Worries Grow

The snow acts as a powerful cooling agent, especially during December-January to provide requisite chilling hours to the plants. 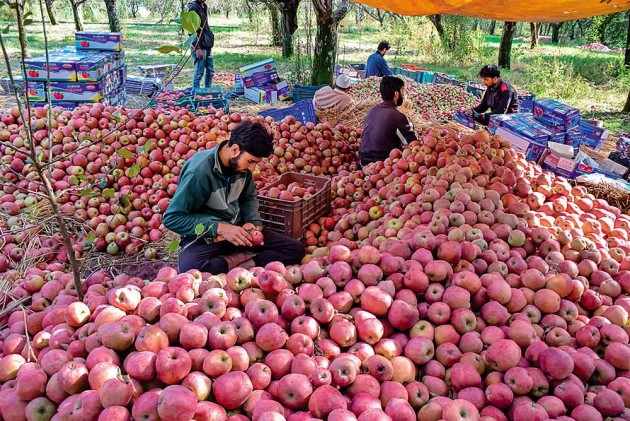 Winter is at its peak in the hills but where is the snow? At least in its fruit belt, which is the backbone of the state’s apple economy?

The data available with the Shimla centre of Indian Meteorological Department (IMD) reveals that there was not even a grain of snow during January 2021 as compared to last year when Shimla recorded 96.6 cm of snow.

The orchardists said they have lost a crucial period of mandatory chilling hours for the apple plant. The snow acts as a powerful cooling agent, especially during December-January to provide requisite chilling hours to the plants, before they prepare for the next crop.

“The year has started on a worrying note. If it does not snow in the next 15 days, we fear the year may be a washout,” said Dr Vijay Singh Thakur, former vice-chancellor of YS Parmar University of Horticulture and Forestry, Nauni (Solan).

According to him, not only the traditional apple varieties like royal and delicious but also other seasonal fruits like plums, pears and almonds also need a proper chilling period, which is provided by good snowfall and rain.

The temperature should be at least below 7 degrees Centigrade continuously for a few days for the plants to bear fruit.

The apple areas of Shimla and its high-density fruit-producing areas like Jubbal-Kotkhai, Kotgarh, Thanedar and Rohru had only two or three spells of light rain, apart from the first spell of mild snow in November-December 2020. Thereafter, the dry spell has hit the orchards and even the areas used for vegetable cultivation.

Dr Thakur, who lives in his village at Jubbal, said it’s due to the absence of snow that some plum plants are showing early signs of bud formation. The higher regions may also experience similar conditions in the next few days because of a rise in temperature.

He is also worried that if it snows late, that is between February and April, it will have an adverse impact on the crop.

The area had witnessed exactly the same condition in 2016 when Shimla centre of the IMD recorded just 3.3 cm of snow. It was slightly better in 2018 when 7 cm of snow was recorded. The absence of the chilling hours had impacted the crop during these years.

In 2017, the conditions were comparatively better when Shimla had recorded 84.6 cm of snow.

Dr Thakur claimed that apart from best orchard management practices, the orchardists and fruit growers are highly dependent on favourable weather to raise their crop every season. Climate change has already shown signs of its adverse impact on the state's apple production.