Referring to the 'Shramik Special' trains being run by the central government to facilitate transport of migrant workers from different parts of the country to various destinations, the home minister said in the letter that the Centre has facilitated more than two lakh migrants workers to reach home. 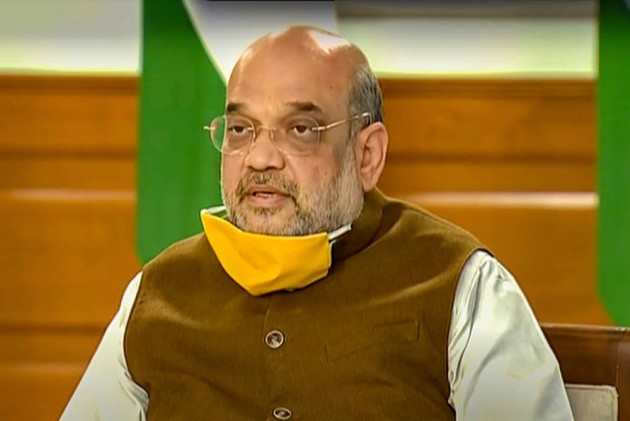 Union Home Minister Amit Shah has said the West Bengal government is not allowing trains with migrant workers to reach the state and that may lead to more hardships for the labourers.

In a letter to West Bengal Chief Minister Mamata Banerjee, Shah said not allowing trains to reach West Bengal is "injustice" to the migrant workers from the state.

Referring to the 'Shramik Special' trains being run by the central government to facilitate transport of migrant workers from different parts of the country to various destinations, the home minister said in the letter that the Centre has facilitated more than two lakh migrants workers to reach home.

Shah said migrant workers from West Bengal are also eager to reach home and the central government is also facilitating the train services.

"But we are not getting expected support from the West Bengal. The state government of West Bengal is not allowing the trains reaching to West Bengal. This is injustice with West Bengal migrant labourers. This will create further hardship for them," Shah wrote.

This is the latest instance of allegations and counter-allegations via letters between the Mamata Banerjee-led state government and the Centre. The bitter exchange has been on since the start of the Coronavirus pandemic. The Centre has accused the West Bengal government of covering up deaths related to the virus and strategies that are counterproductive to containing the virus.

The West Bengal government, on the other hand, called the Centre's recommendations to the state another politically motivated move aimed at showing the Mamata-led government in poor light. Derek O'Brien in a video conference termed the efforts of the Home Ministry created Inter-Ministerial Central team, formed to assist states in their fight against Covid-19, an attempt at spreading "political virus" in the state.

The IMCT team leader for Kolkata and Howrah, Apurva Chandra had earlier in his letters to West Bengal alleged an attempt to block his team's efforts in the state and had also called for greater transparency in the state's fight against Covid-19. The IMCT also questioned the COVID-19 death panels formed by West Bengal which under-reported the deaths caused by the virus, which later prompted a revision of the death toll.

As per the Ministry of Health's latest numbers, West Bengal has one of the worst mortality rates due to COVID-19 in the country, with 160 deaths and 1,678 active cases.