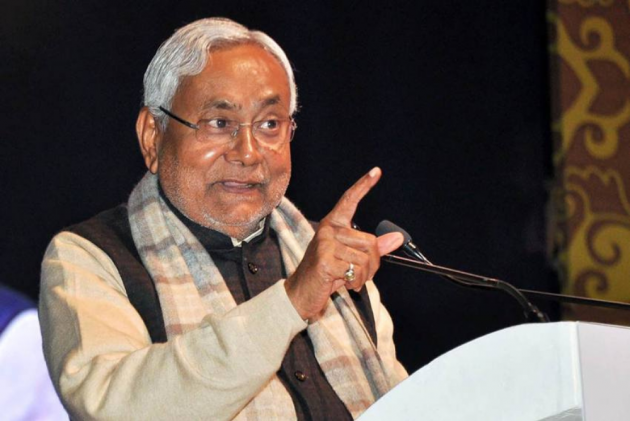 Janata Dal (United) on Thursday said it is not aware about Bihar Chief Minister Nitish Kumar having accepted any invitation for a function to be held in Haryana, where the former could end up sharing the stage with anti-NDA leaders.

"I am not aware of this. In any case, it is not a party matter. He (Nitish) may have got an invitation in capacity as chief minister. In such cases he takes his own decision. This has nothing to do with the party,"said Singh.

He also refused to answer queries about the political implications of Kumar, an NDA partner, taking part in a function alongside figures like Deve Gowda, Mulayam Singh Yadav and Parkash Singh Badal – all bitterly opposed to the BJP.

The proposed function is to be held on the occasion of the birth anniversary of former deputy prime minister Chaudhary Devi Lal, whom Kumar has always respected as his senior in the erstwhile Janata Dal. During one of his recent trips to the national capital, Kumar had also met Om Prakash Chautala, a former Haryana CM and son of the late leader.

Many eyebrows were raised over the meeting between the two leaders though Kumar brushed aside the misgivings, while underscoring the fact that he shared “personal ties” with the ex-CM of Haryana.

Notably, Chautala and his INLD are opposed to the ruling BJP in Haryana though the Jannayak Janta Party – an outfit floated by Chautala’s estranged nephew Dushyant – is an ally of the saffron camp.

The proposed rally at Jind, for which invitations have also been sent to regional heavyweights like Mamata Banerjee and Sharad Pawar, among others, is being touted as the precursor to the formation of a “Third Front” ahead of the 2024 Lok Sabha polls.

The presence of the Bihar CM, whose party is at present the largest BJP ally, could give a jolt to the NDA which would be aiming at a hat-trick under the leadership of Prime Minister Narendra Modi.

Though Kumar was yet to reveal his cards, NDA leaders in Bihar said on condition of anonymity that if he did go ahead and attend the rally, it would be perceived as a "pressure tactic" on part of the wily leader who has been miffed over getting a raw deal in the recent Union cabinet expansion.

With the exit of key allies like Shiv Sena and Siromani Akali Dal, Kumar was set to be hopeful of a "respectable" share for his JD(U), which has been supporting the Modi government since 2017 without sharing power at the Centre.

However, the party was given only one cabinet berth which went to the then JD(U) chief RCP Singh. Earlier, in 2019, Kumar had turned down the offer of a "token representation" for his party in the Centre.

The BJP is understood to have taken the stance in view of Kumar’s perceived loss of ground, evident in the JD(U)'s poor show in the assembly polls last year when it ended up with a tally of less than 45 in the 243-strong house.

The JD(U) has, nonetheless, blamed the fall in its tally on the rebellion by the LJP, then led by Chirag Paswan whom the BJP failed to rein in despite its clout. (With PTI inputs)