The way LJP leader Pashupati Kumar Paras has dislodged Chirag Paswan, it is unlikely to endear him to the Dalit voters, who account for more than 15% of Bihar’s electorate 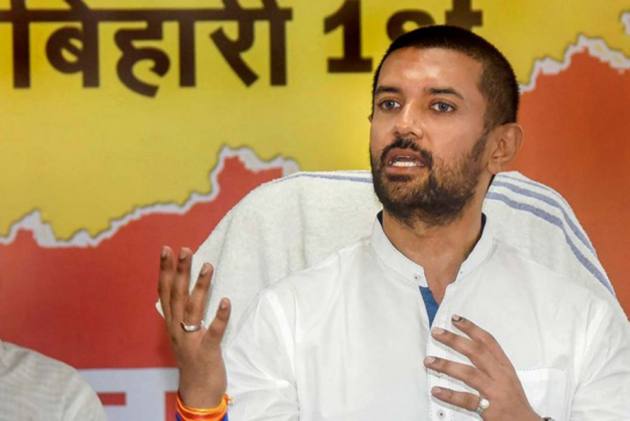 Chirag Paswan may have been upstaged by his uncle Pashupati Kumar Paras, who led a coup in the Lok Janshakti Party to become the leader of its parliamentary party with the support of four other Lok Sabha MPs, but everything is not yet lost for him.

In fact, it gives the 38-year-old leader an opportunity to rebuild, or even form a new party to carry forward his father, the late Ram Vilas Paswan’s legacy in Bihar and elsewhere.

Even though Paras claims to have ‘taken over’ the party with the support of a few senior leaders, it may not be easy for him to project himself as the true inheritor of the legacy of his elder brother Paswan, who passed away in October last year.

The way Paras & Co have dislodged Chirag, it is unlikely to endear him to the Dalit voters, who account for more than 15 per cent of the total votes in Bihar. It is Chirag who is most likely to get all the sympathies as someone backstabbed by the very people, including his Chacha, who was trusted blindly by his late father in his lifetime.

Among the total 22 Dalit or Mahadalit castes, Dusadhs (or the Paswans) remain the most dominant and influential in the state. They still look upon Ram Vilas Paswan as their ultimate leader. The LJP founder had earned tremendous goodwill among his supporters, as he struck a personal rapport with most of them.

When Pashupati Kumar Paras, his brother, was fielded by him from his traditional Hajipur (Reserved) seat in the 2019 parliamentary elections, many Dalit voters were not happy with the choice but they voted for him. Paras had till then been contesting the assembly polls from the Alouli seat in the Khagaria district. Paswan had made it to the Guinness Book of World Records for having won a parliamentary election with the maximum number of votes from Hajiput in 1977. Since then, he remained a favourite in the constituency

“Even if a buffalo is fielded by Paswan-ji from this constituency, we will elect him,” a Dalit voter had told Outlook in the run-up to the elections. “Not only has he done a lot for us but also remains with us in our times of sorrow and happiness. We just have to drop information at his office about a wedding or a death in our family, and he shows up at our doorstep. We have not seen any leader like him.”

That is the kind of goodwill Paswan Senior earned and that is probably why his party earned around six to seven per cent of votes whenever it contested an election, regardless of the number of seats it won.

Even in the 2020 assembly elections when LJP contested solo after the demise of Paswan, it got 5.66 per cent of votes. It will be interesting to see if Paras will be able to win the support of the Paswan voters in the name of carrying forward his brother’s legacy.

On the contrary, Chirag may well have an edge over his uncle at least for two reasons. One, he was already anointed by his father in life lifetime as his legitimate successor. Groomed by his father, he has remained fairly active in both national and state politics for seven to eight years.

In fact, he played a key role in persuading his father to leave UPA and join NDA ahead of the 2014 elections, when Paswan was in two minds about whether to support the Narendra Modi-led BJP or not. After the 2002 Gujarat riots which took place during Modi’s tenure as the Chief minister, Paswan had quit the Atal Bihari Vajpayee government at the Centre. By 2019 Lok sabha polls, he had let Chirag take full control of the party, which apparently irked a few other senior party leaders, including Paras.

Now, Chirag has an opportunity to start from scratch. Since LJP has always been accused of being one-family organisation, he can steer clear of his uncles and cousins. He can rebuild a new team now.

The next elections in Bihar are also not due before May 2024, so he gets time to do it step by step. It is also to his advantage that most of the leaders from his father’s generation in Bihar such as Lalu Prasad Yadav have already played long innings. In 2025 when the next assembly polls are due in Bihar, Chief minister Nitish Kumar will also have completed his fourth term. In RJD, a youth leader like him, Tejashwi Yadav has already emerged.

At 38, Chirag has youth by his side and he has all the time to prove himself. The ‘betrayal’ by Chacha and others must have come as a new learning experience for him. But all he needs to do is to bide his time and bounce back just the way his father did every time his party MLAs and MLCs were poached away by rival parties in Bihar.