Pragya Singh's comment is being seen by many as a mockery of Prime Minister Narendra Modi's ambitious Swachch Bharat Abhiyaan, which he had launched in 2014 with much fanfare. 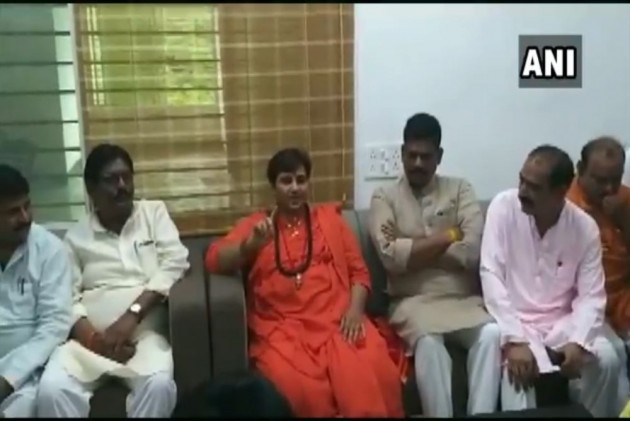 The Bharatiya Janata Party (BJP) parliamentarian from Bhopal, Pragya Singh Thakur, on Sunday once again shocked everyone, saying she hadn't been elected by the people to "clean drains and toilets".

Singh's comment is being seen by many as a mockery of Prime Minister Narendra Modi's ambitious Swachch Bharat Abhiyaan, which he had launched in 2014 with much fanfare.

She quickly added, "I will serve the duty I have been entrusted with."

Singh was flanked by party leaders, who applauded after she completed her statement in front of what appeared to be a small gathering inside a room or office.

Her remark comes barely a week after MPs were seen taking up the broom and sweeping roads on the premises of Parliament.

President of the All India Majlis-e-Ittehadul Muslimeen (AIIMIM) Asaduddin Owaisi, who is also famous for his blunt remarks condemned the "obnoxious statement" made by Thakur, however, he added that these kind of comments from the MP did not "surprise" him at all.

"Not at all surprised, neither I'm shocked by this obnoxious statement; she says this because that is her thought process. The MP believes in the caste & class discrimination happening in India," he said.

Speaking to the reporters he added, "She also clearly tells that the kind of work the caste has defined, that should continue. It is very unfortunate. Also, she has openly opposed the PM's program."

Singh is not new to controversies and she had referred to Mahatma Gandhi's assassin, Nathuram Godse, as a patriot during the campaign trail for the Lok Sabha elections.

Singh is the prime accused in the 2008 Malegaon blast case and is facing trial under the Unlawful Activities Prevention Act (UAPA) in a Mumbai court. She is currently out on bail.