'Not Fake Encounter, Shot In Self-defence': UP Police To SC On Vikas Dubey's Killing

'The motive of Vikas Dubey was to flee and attack the cops again. This triggered self-defence leading to the encounter,' Uttar Pradesh Police told the Supreme Court. 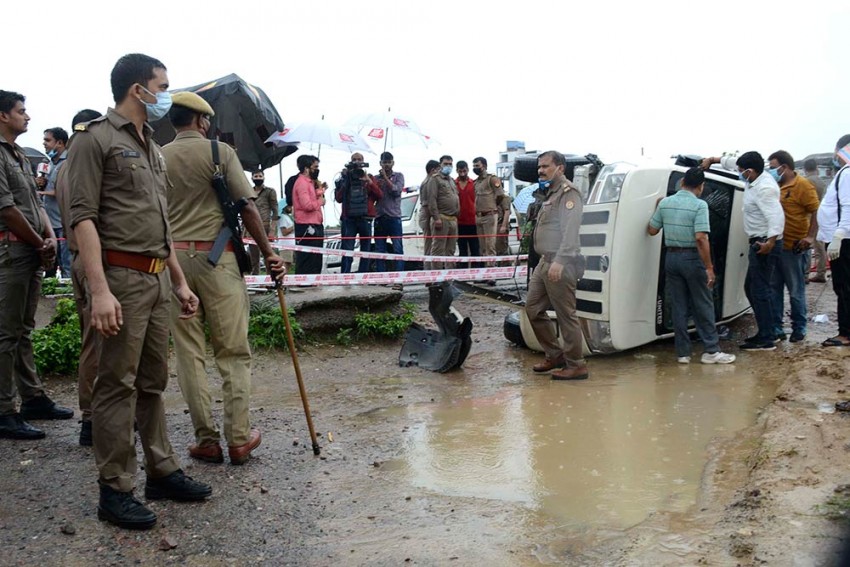 The Uttar Pradesh Police on Friday told the Supreme Court that the killing of gangster Vikas Dubey, while he was being taken from Madhya Pradesh to Kanpur, was not a fake encounter.

Dubey, who was on a run after he and his henchmen killed eight policemen in Kanpur, was shot dead on July 10 when he was being brought from Madhya Pradesh to Uttar Pradesh. Police said the vehicle he was seated in overturned on the way and he tried to flee. The police said Dubey also snatched the gun and tried to shoot at the cops.

“The motive of Vikas Dubey was to flee and attack the cops again. This triggered self-defence leading to the encounter,” the UP Police said in an affidavit submitted in the Supreme Court.

“The state has taken all steps to ensure that even a suspicion does not remain on the said incident and has acted proactively,” the police told the apex court.

After Dubey was shot dead, questions were raised on the manner in which he was killed. Videos and photos shared on social media and several media houses showed the vehicle that overturned was different from the one in which Dubey was shown seated.

Also, a day prior to his killing, his close aide was shot dead in a similar manner in Uttar Pradesh.