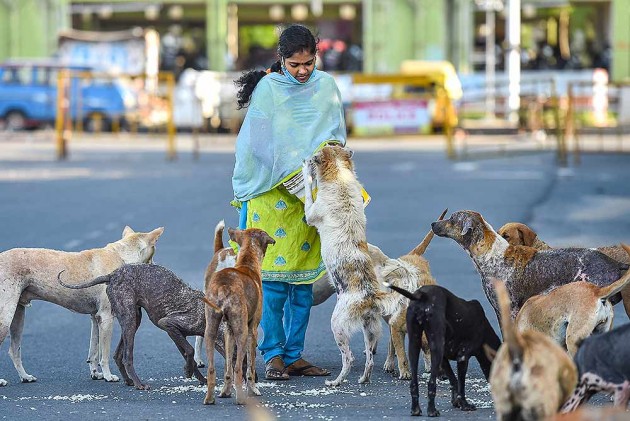 The state of Nagaland banned dog meat last week and the move has given animal rights activists something to cheer for. Kiran Ahuja, the Vegan Outreach Coordinator at People for Ethical Treatment of Animals (PETA), India, speaks to Outlook's Salik Ahmad on the development and perils of consuming such meat.

What do you have to say about the ban on dog meat in Nagaland?

The Nagaland government’s move will save countless dogs from suffering a painful, gruesome death. Not only was this trade cruel but also dangerous for human health. The consumption, slaughter or handling of dogs or dog meat puts individuals at risk of contracting serious and potentially deadly diseases such as anthrax, brucellosis, hepatitis, leptospirosis and even rabies.

What has been PETA's role in the campaign for the ban?

PETA India recently gathered video footage from across the country to encourage the government to shut down the illegal dog meat and wildlife meat market trade, and to close live animal meat markets and unlicensed slaughterhouses. PETA India has urged the central government via a letter to close down all such live-animal meat and wildlife markets and follow the lead of China, where there is a plan to phase out live poultry markets like those found throughout India, because they risk spreading disease.

The footage, which can be viewed here, shows the dog meat market at Keera Bazaar, Dimapur, Nagaland. The video also exposes the open trade of charred remains of wild animals such as deer, wild boars, monkeys, and porcupines used for meat at Nute Bazaar in Manipur, which is in blatant violation of The Wildlife Protection Act, 1972. Similarly, at Churachandpur market, also in Manipur, meat from various wild animals was sold.

The footage from Ghazipur Murga Mandi in Delhi, shows handlers slitting the throats of live chickens kept in small, filthy cages and skinning them. It also shows crabs and eels being cruelly stuffed into bags in Malancha, West Bengal. At such places, carcasses are strewn everywhere and there is total disregard for hygiene and human welfare – butchers work barefoot, without gloves or any protective clothing whatsoever, among blood, guts, urine, and faeces. Moreover, chickens can harbour H5N1 bird flu, which has a 60% mortality rate in humans.

Why is it that a campaign against dog meat gets widespread support? At times, even from non-vegetarians.

You are right—all sentient beings have an equal capacity to suffer and want to live. People who are opposed to dog meat should also be opposed to chicken meat. Leading animal behaviour scientists from around the globe know that chickens are inquisitive and interesting animals whose cognitive abilities are on par with those of cats, dogs, and even some primates.

Don't you think it's fair that while the rest of the country gets to eat the meat of their choice, people in Nagaland are forced to give up on their dietary practice? If at all there has to be a ban, shouldn't it be uniform in nature?

PETA India urges everyone to try to relate to all animals, who—just like dogs—feel pain, love, joy, loneliness, and fear. Around the world, over 77 billion land animals and up to trillions of fish are butchered for their flesh. Countless animals could be spared abuse, terrifying and painful deaths if more people simply switched to a healthy, humane vegan diet.

Eating animals also wreaks havoc on human health. The consumption of meat, eggs and dairy foods has been conclusively linked to heart disease, strokes, diabetes, obesity and cancer. In addition, a recent United Nations report concluded that a global shift towards a vegan diet is necessary to combat the worst effects of climate change. It’s easy to help animals simply by not eating them.