NDTV’s veteran Lucknow reporter Kamal Khan died of a heart attack on Friday. Madhusudan Srinivas dwells on the interpersonal, newsroom impact of the journalist who 'lives on through his work, and through the people he impacted'. 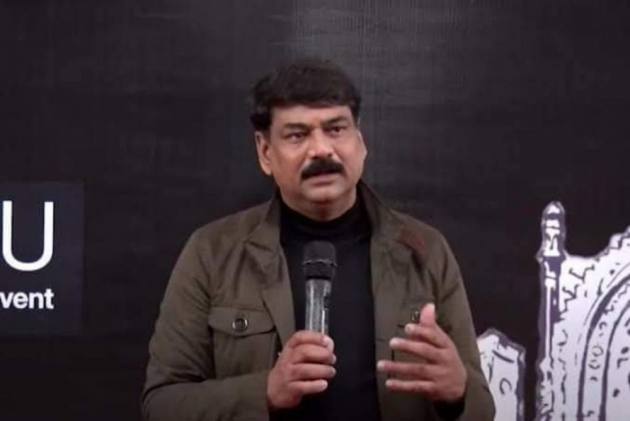 Friends and colleagues of NDTV’s veteran Lucknow reporter Kamal Khan, who died of a heart attack on Friday morning, have already written thousands of words in tribute to what a giant of a journalist he was.

They’re all in past tense but in a deeper sense, Kamal isn’t gone, he lives on through his work, and through the people he impacted all around him.

Kamal's left an indelible imprint on television journalism in Lucknow, UP and India. The highpoint in most of the tributes is the sobriety and syncretic nature of script, tone and delivery, in Kamal’s body of work, mostly for NDTV India.

The themes stretched across politics, religion, governance, society, all walks of life. And Kamal’s work didn’t leave out the usual punctuation marks in a TV reporter’s life either, that is crime and accidents. Even here, the tributes point out, he eschewed any trademark ‘breaking news’ screeches and yet got the important information across. He told his viewers, and there were lakhs of dedicated followers of his personal news footprint, about what happened, in simple language and a calm tone.

The stock phrases, Lucknawi andaaz and ganga jamuni tehzeeb, have also been liberally used in all tributes. That was demonstrated, in finality, by the fact, that the Ganga Arti on Friday evening in Banaras, was dedicated to Kamal.

Having spent well over a decade in the NDTV newsroom in Delhi, it’s the interpersonal, newsroom impact of Kamal that I want to dwell upon.

Although NDTV India was for much of this time, an independent organic entity, and there was always, willy nilly, an English language reporter posted for NDTV alongside Kamal in Lucknow. Kamal’s latest English reporter counterpart in NDTV Lucknow, Alok Pandey has written about how the by-now-seasoned ‘Lucknow ka baashinda’ mentored him during his entire tenure in Lucknow. The earlier English reporters haven’t written yet, but informal chai shop reminiscences through these years gone by, always marvelled at Kamal’s ability to sound laid back and yet convey the urgency of the news of the moment.

It was this unique approach of Kamal’s that Alok has absorbed. Alok had already done stints in Patna and Kolkata, but in Lucknow under Kamal, he has really flowered. Kamal didn’t scream, ever, even in breaking news situations. Alok is, well, quite intense, but he doesn’t scream either. That’s a huge gain, a priceless imprint if you look at the larger imprint of the banshee wailers that make up the bulk of both newsroom and live TV field reporters and anchors across India today.

Like all TV organisations, there was a well oiled constant phone and personal contact ebb and flow between reporter and headquarters, and it was here that Kamal impacted many mini-Kamals at NDTV’s Delhi hub, in both the English and Hindi desks, although in a manner of speaking he ‘belonged’ to Hindi more. His imprint was large across the English desk too. We always made it a point to look at his long-form journalism, the brilliant half-hour documentaries on varied subjects. 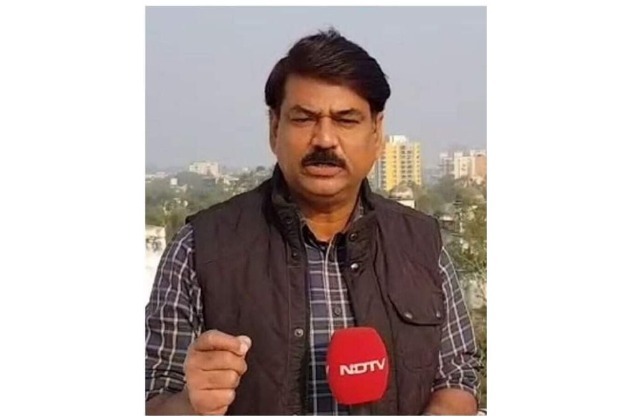 A large number of his stories were painstakingly translated and carried in NDTV English. Getting the nuance right was a huge challenge, and a largely Anglophone desk gained immensely from the dulcet tone of Kamal’s use of Hindustani, especially the messages in his famed P2Cs (pieces to camera). Strong in content, but gentle in choice of word and delivery. And whenever the English reporter took a break, we obviously relied exclusively on him for everything.

Across the board, all the people I’ve spoken to over these last twenty-four hours and more, especially those who interacted with Kamal from the desks here, have more than many times, emphasized the near-yogic impact of that voice, even in a breaking news situation, saying just something like ‘Jee Haan, abhee dekhtey hain, itmeenaan rakhiye.’ - That last quotable quote, to me, jumping up and down at my desk, in a highly excitable state.

NDTV India’s flagbearer anchor and my close friend, Ravish has written both on Twitter and in his tribute on the website, ‘there will never be another Kamal’. But I’d like to differ. Because there was Kamal in Lucknow, there are many Kamals all around us. His colleague in Delhi, Sushil Bahuguna has spoken in a Facebook post about his ability to calm his audience just by the sheer use of nonviolent language. This, in an era where UP saw all that it has seen, from the Mandir-Masjid days onwards.

Another tireless ‘calm tv news’ campaigner, Hridayesh Joshi, says there were many who cribbed about Kamal missing the immediacy of some newsbreaks. But they realised perhaps within the hour, that the gravitas he brought in his treatment brought in more value. That in a way, has remained the larger NDTV ethos too, despite the challenges of time. Confirm, reconfirm and rush to the camera, rather than just rush to the camera.

“In TV news, there is Glucon D, an immediate sugar rush, and there is Ayurveda, a longer-term approach. Kamal sir was definitely the second.”

Kamal went on air for the last time with senior anchor Naghma Sahar. On ‘Prime Time’ on Thursday night, they spoke about Congress and its choice of a large number of women candidates. And, says Naghma, Kamal spoke of how entrenched misogyny is in our society, by giving the personal example of his own home, where the help always served him, the male, first. But more than this, it was the way he put it, always, that emphasized the message more than the medium.

In the immediate aftermath of his passing away, Naghma says, she remembered a piece to camera from Ayodhya, where he spoke of how the Muslims there always prepared the garlands that adorned Lord Ram in his many abodes there. This, he said, was just a little distance away from where the apostle of syncretism, Sant Kabir, lies buried. The English transliteration is not anywhere near how it actually sounds/sounded in Kamal’s Hindustani.

The verse from Hairat Allahabadi that echoed through Naghma’s mind:

(Madhusudan Srinivas has been in journalism, print and TV, for over three decades. He worked at the NDTV editorial desk between 2006 and 2019)