Rahul Gandhi left for Italy on Sunday, a day ahead of the party's 136th foundation day, prompting many BJP leaders to take a swipe at him and Congress 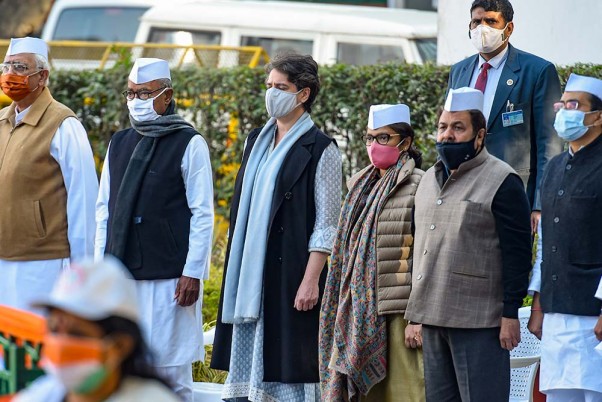 After the BJP criticised Rahul Gandhi for his visit abroad, the Congress on Monday said he has gone to meet an ailing relative and his grandmother and is not on a holiday.

Asked about Rahul Gandhi's absence from the party's foundation day function at the AICC headquarters, Congress chief spokesperson Randeep Surjewala came out in defence of Gandhi, saying he is currently not the party chief and has performed all the duties entrusted to him by the organisation.

The former party chief left for Italy on Sunday afternoon, a day ahead of the party's 136th foundation day, prompting many BJP leaders to take a swipe at him and the Congress.

"Rahul Gandhi's holiday in India has ended and he has gone back to Italy," Union Minister and BJP leader Giriraj Singh had tweeted.

Surjewala said the BJP should not have any objection to Gandhi visiting an ailing relative.

He said today the issue is not about Rahul Gandhi but of farmers protesting in the cold, and alleged that the prime minister or his ministers do not have time to meet them.

"Why don't the ministers of the Bharatiya Janata Party and the prime minister of the country take care of the farmers? Instead of abusing the opposition, why don't they pay attention to running the country?