Not Sure Of Intentions Of Top Leadership In Congress: ISF Chief Abbas Siddiqui

Abbas Siddiqui, cleric of the prominent shrine Furfura Sharif in West Bengal, forged an alliance with the Left and the Congress party in the 2021 West Bengal Assembly elections. In a conversation with Outlook, he talks about the accusations against him and why the partnership with AIMIM fell through. 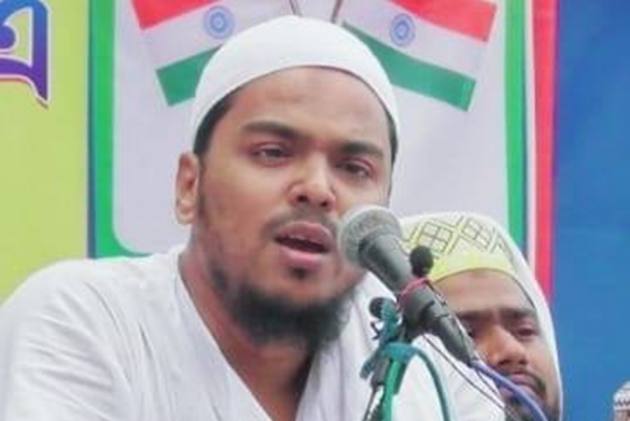 Since its launch, the ride for ISF has been a topsy-turvy one. Siddiqui, an influential cleric of the prominent shrine Furfura Sharif in West Bengal, speaks to Outlook about accusations against ISF being a “vote-cutter” party deployed by BJP, controversies, and why he could not forge an alliance with AIMIM.

Q) You are a religious leader with little history of direct involvement in politics, what motivated you to join politics?

Why Rahul Gandhi, Priyanka Have Kept Away From Bengal Campaign

West Bengal | Abbas Siddiqui: A Myth Or A Kingmaker In The Making?

When I raised issues of tribals, Muslims, Dalits, and marginalised communities from apolitical platforms, the government didn’t listen. In case of NRC, when I said the state government should approach the Supreme Court, I was told that since it’s my demand I should be the one approaching the Supreme Court. As a citizen, I can question the government but the government tried to intimidate me. I thought I will not be able to help the people in need this way so I decided to make politics a platform.

Q) You launched the party but refrained from contesting yourself in this election, why?

I have other responsibilities too as I run some educational institutions. If I contest from a seat, my scope will be limited. So, I wanted to look after the party and other functions.

Q) You initially had Asaduddin Owaisi’s AIMIM on board to lend support to ISF but why did your partnership with Owaisi fall through?

Initially, Asaduddin Owaisi assured his support to ISF and its plan of an alliance, but when I tabled the proposal of an alliance with Congress and the Left, I did not get a reply from Owaisi. Hence, I just went forward with the campaigning.

Q) Congress seems to have taken a back foot in campaigns in Bengal and you have said that it has denied an alliance with you. Don’t you think the rift is going to add confusion among voters?

Congress functionaries working on the ground level have shown spirit, however, I am not sure of the intentions of the top leadership.

Q) Your uncle Toha had supported Trinamool Congress in its efforts to unseat the Left government. Now, your party has formed an alliance with the Left to unseat Mamata Banerjee’s government. Your comments?

I don’t like to comment on my family members. With regards to Mamata, she had claimed in 2011 that if she comes to power, 10 lakh people will get jobs every year but that didn’t happen. She made several promises to the minorities in Bengal which still remain unfulfilled. Instead, she damaged the brotherhood between Hindus and Muslims by announcing ‘Imam bhata’ (a monthly financial allowance provided to Muslim clerics as an honorarium). Who asked her for Imam bhata? There are about 60,000 Imams in the state, out of whom about 2,000 would have been given the Imam bhata, but the entire fraternity was insulted because of her.

Q) The polling in Bengal recently took a violent turn in the Cooch Behar district. Your comments?

It was very unfortunate and should have been avoided. Politicians who are addressing the crowds should think before they speak and refrain from provocative speeches. Violence takes place just to divert attention from the main issues. We are a Republic and such incidents should not take place in a Republic.

Q) Do you think, because of your reputation as a religious leader, your party might not be able to appeal to a lot of non-Muslim voters?

When Mamata Banerjee launched her party, I didn’t think it was a party for Hindus. This wasn’t my thought about Congress either, I never thought about it along these lines. Why does anyone need to think ISF is a party only for the Muslims? It’s just an effort to create a divide and fool people. Every party has the right to reach out to voters of all sections and every individual’s vote should be respected. I intend to take people of all communities on board.

Q) Some of your earlier comments on Trinamool MP Nusrat Jahan and Delhi riots had sparked outrage. Do you still stand by those statements?

I have answered this question numerous times. My words have been misconstrued and twisted to form a negative image in the eyes of the public. However, I would also add that if my statements have hurt someone then I request them to forgive me.