'PoK Is Part Of India, 'Physical Jurisdiction' Over It Expected One Day': S Jaishankar

External Affairs Minister S Jaishankar also made it clear that with Pakistan, the issue is not Article 370, the issue is cross-border terrorism 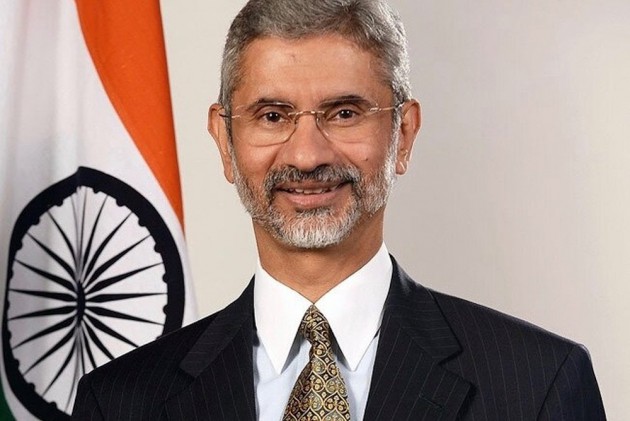 Upping the ante, India on Tuesday said PoK is its part and one day it expects to have "physical jurisdiction" over it and asserted that there is no need to "worry" too much beyond a point about what people will say on Kashmir as it is an internal issue on which its position has "prevailed and will prevail."

Addressing his first press conference after assuming the office in the Modi 2.0 government in May, External Affairs Minister S Jaishankar also hit out at Pakistan, saying India has a "unique challenge" from one neighbour and it would remain a challenge until that neighbour becomes a normal neighbour and acts against cross-border terrorism.

During his nearly 75-minute press interaction, the minister touched upon wide-ranging issues pertaining to country's foreign relations, including strategic ties and issues with the US, engagement with China and New Delhi's status at the global stage.

Asked about remarks by some Union leaders that henceforth talks with Pakistan would be only about Pakistan-occupied-Kashmir (PoK) and not on Kashmir, Jaishankar said,"our position has, is and will always be very clear on PoK, that it is part of India and we expect one day we will have physical jurisdiction over it."

Defence Minister Rajnath Singh and Vice President M Venkaiah Naidu have made statements in this regard in the recent past after Pakistan sought to internationalise the Kashmir issue in the wake of abrogation of Article 370.

Amidst concerns expressed by some countries and the UN human rights organisation over the situation in Kashmir, Jaishankar said international audience understands what were India's reasons for abrogating Article 370.

"It was a temporary provision which is not often used in the analysis of events...The provision had actually become dysfunctional. It was being arbitraged by some narrow set of people for their own gains. By doing so they were impeding development and feeding a sense of separatism. The separatism was being utilised by Pakistan to carry out cross-border terrorism," he said.

Asserting that India's position on Kashmir has been clear since 1972 and it is not going to change, he said, "beyond a point, don't worry too much about what people will say on Kashmir. There is complete predictability about my position... At the end of the day, it is my issue. On my issue, my position has prevailed and will prevail."

Last month, the government abrogated Article 370 from Jammu and Kashmir to withdraw its special status as well as announced bifurcation of the state into two union territories --Jammu and Kashmir, and Ladakh. This move was severely criticised by Pakistan with its prime minister Imran Khan making highly provocative anti-India rhetoric.

On Khan's remarks that there is no point talking to India, he said part of the problem with Pakistan is that it has only been talking and not doing anything on terrorism.

"They think nice words are an answer to the real problem. The real problem is the dismantling of this (terror) industry that they have created...Show me a country in the world which will accept that its neighbour can conduct terrorism and then it will go and talk to that neighbour. Our position is completely normal, rational. They are the people whose behaviour is a set of aberration. The abnormality is theirs," he added.

Talking about the performance of the ministry in first 100 days, he said, one of the key achievements of the government in this period has been a strong connection between national security and foreign policy goals.

He also said that India's ability and appetite to shape the foreign agenda today is much more than before. "In big debates like G20, BRICS, Indian views are now heard more clearly,”

On Indo-US ties, he said the "trajectory" of the relationship between India and the US has been "upwards" amid various administrations in Washington, be it Bush, Obama and now Trump.

Responding to a question on commerce, he said the trade problem between the two countries is "normal".

"As the relationship grows, there will be problems ... the only way you don't have trade problems is when you do not trade," he said referring to the trade relations between the two nations.

Prime Minister Narendra Modi will be on a six-day visit to the US, beginning September 22.

Referring to the decision of US President Donald Trump to attend the 'Howdy Modi' event in Houston, Jaishankar said, "I regard this as a great achievement of the Indo-US community."

Asked about the significance of Trump attending the Houston event and what message it will convey to Pakistan, Jaishankar said, "...it is not just Pakistan whole world will be watching the Houston event and take lessons about what Indian-Americans have achieved...I think there are multiple messages there. Obviously it is for Pakistanis to read what they read into it and I would say the same applies to other people in the world as well."

Responding to question on relations between New Delhi and Beijing, the minister talked about the Wuhan summit between Modi and Chinese President Xi Jinping and said in the past a lot of conversations were "choreographed" and "very formal", while this meeting was very freewheeling.

"It is important for both India and China, who are rising powers, to find equilibriums because each one of them have their own expectations of themselves and of each other," he said.

The principles that underlay Wuhan were from the Astana meeting between the two leaders which was that the relationship should be a source of stability in an uncertain world and also where "we have differences, those differences should not become disputes", the minister said.

He also rejected reports of scuffle between Indian and Chinese soldiers on the bank of the Pangong Tso lake in eastern Ladakh last week, and said it was "not a skirmish" but a "face-off" which was resolved using bilateral mechanisms in place to defuse such situations.

Asked about a possible meeting with his Pakistani counterpart as well as future of SAARC regional grouping, he said, "if and when I meet Pakistani Foreign Minister, we will see at that time what happens".

But the SAARC is about regional cooperation and that refers to trade, MFN, connectivity etc, he said, adding that now every member knows which country is promoting SAARC and which one is impeding it.

Attacking Pakistan on its human rights track record, he said, "here is a country where minority numbers have gone down so much, I think they have even stopped putting the numbers in public domain. If there is an objective human rights audit of this region, I am pretty confident about which country will come the last."

There is a growing understanding in the world (about Pakistan) and there is not a single country in the world that would say that cross-border terrorism is not happening, he added.