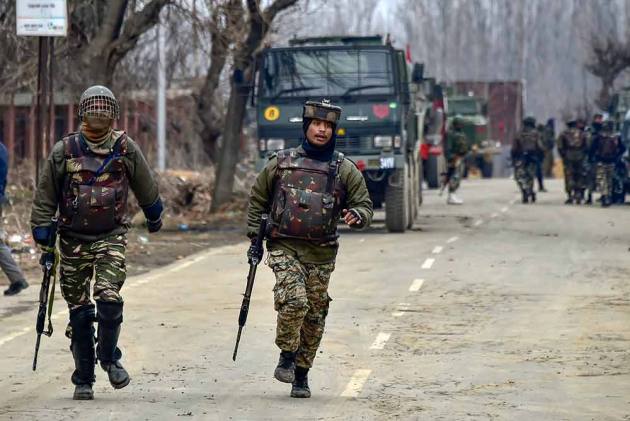 Kashmir Valley witnessed three back to back killings on Tuesday evening.

The first resulted in the killing was of Kashmiri Pandit owner of the famous Bindroo Medicate in Iqbal Park, Srinagar, . According to the police the terrorists fired upon Bindroo near Iqbal Park Srinagar. “He was shifted to hospital where he succumbed to his injuries,” the police said. The police said the area has been cordoned off and searches are on to nab the killers responsible for the act.

This was followed by the killing of a non-local roadside Bhelpuri vendor in Lalbazar of Srinagar. The police said militants killed one non-local near Madina Chowk Lalbazar Srinagar. The deceased person has been identified as Virender Paswan resident of Bhagalpur Bihar, a street hawker, presently residing at Alamgari Bazar Zadibal. In the third attack in north Kashmir’s Bandipora district, the police said militants shot dead a civilian identified as Mohammad Shafi Lone.

The killing of Bindroo has shocked the valley as he was the last address for patients who couldn’t find medicines elsewhere. Bindroo had the reputation of being the only medical shop in the Valley that would not sell spurious drugs. People would prefer to remain in a queue outside his shop to get medicine from him rather than buying it from others. Many people would not only buy medicine from his shop but even seek medical advice for him.

“Just heard the most shocking and deeply disturbing news of the murder of Makhan Lal Bindroo sahib. He was a pillar of our Kashmiri community. He served his customers with warmth and dedication. His work ethic was tremendous. When desperate people searched for medicines, they would turn to him. He knew his business so well and that helped his customers so much. His dastardly murder is an attack on our social fabric. It is a personal loss. May he rest in peace. My sincere and heartfelt condolences to his family. Everyone who knows Bindroo sahib is grieving today. He did not deserve to die. Certainly not like this,” Congress leader Salman Anees Soz said. For decades in the Valley Bindroo has been a household name for patients and his killing is widely mourned not only by politicians but by common men. Social media in the Valley is filled with messages of grief, sorrow and condemnation against the killing.

“What terrible news! He was a very kind man. I’ve been told he never left the valley even during the height of militancy and remained with his shop open. I condemn this killing in the strongest possible terms & convey my heartfelt condolences to his family. God bless his soul,” former Chief Minister Omar Abdullah tweeted about Bindroo’s killing.

“Condemn the killing of Shri M L Bindroo who chose to stay back in Kashmir even during peak insurgency. Such acts of violence have no place in our society. May his family find the strength to deal with this loss,” former Chief Minister Mehbooba Mufti said.

“The fatal attack against the owner of Bindroo medicates is outrageous and unacceptable. I knew the gentleman personally. He never left the valley. And terrorists made him pay for that. May he live in peace,” Peoples Conference leader Sajad Lone said.